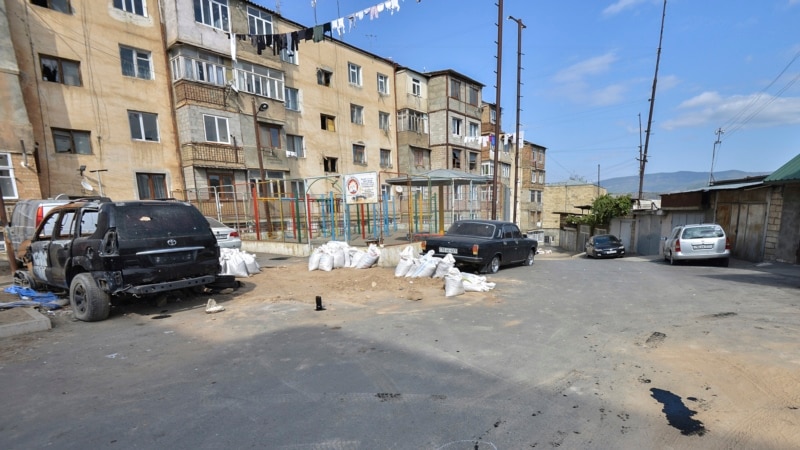 Armenian Prime Minister Nikol Pashinyan said that due to the second week of the blockade of Nagorno-Karabakh, there was a shortage of food, and blamed Azerbaijan for the situation.

Pashinyan also criticized Russian peacekeepers for not keeping the Lachin corridor open, which connects Armenia through Azerbaijan to the Nagorno-Karabakh region, home to about 120,000 ethnic Armenians.

The majority of residents of Nagorno-Karabakh, which declared its separation from Azerbaijan in the war that broke out in the early 1990s, are Armenians. The region is recognized as the territory of Azerbaijan in the international arena.

Pashinyan told his cabinet of ministers that the humanitarian situation in the region is “extremely tense due to Azerbaijan’s illegal blockade of the Lachin corridor.”

Pashinyan said that he offered Azerbaijan conditions for lifting the blockade from the highway.

Russian peacekeepers came face to face with a large group of Azerbaijanis who called themselves environmental activists in the Lachin corridor.

Azerbaijan said the group consisted of genuine environmentalists protesting mining in Nagorno-Karabakh, and noted that Russian peacekeepers blocked the road.

Pashinyan, for his part, argued that the peacekeepers did not fulfill their duties, which consisted “precisely in preventing such illegal actions and especially in controlling the Lachin corridor.”

Kremlin spokesman Dmitry Peskov noted that Russian peacekeeping forces were deployed in the region after the war in 2020 and worked to maintain peace and order within their mandate.

The Armenians of Nagorno-Karabakh depend on the Lachin Corridor for food, medicine, fuel and other essentials.

Pashinyan said that hundreds of families were separated on different sides of the blockade, and that in Nagorno-Karabakh there is a shortage of a number of basic products, including food.

The Prime Minister of Armenia asked to send a research mission to Nagorno-Karabakh from the United Nations or the Organization for Security and Cooperation in Europe (OSCE).

“The longer it takes for essential goods and services to be disrupted, the greater the risk to civilians,” the organization said.

The dispute between Armenia and Azerbaijan has not yet led to a peace agreement. The ceasefire in 2020 is still violated from time to time.

More than 200 soldiers from both sides died as fighting escalated in September.