Will the US economy go into recession? News. Last Minute WORLD headlines and events 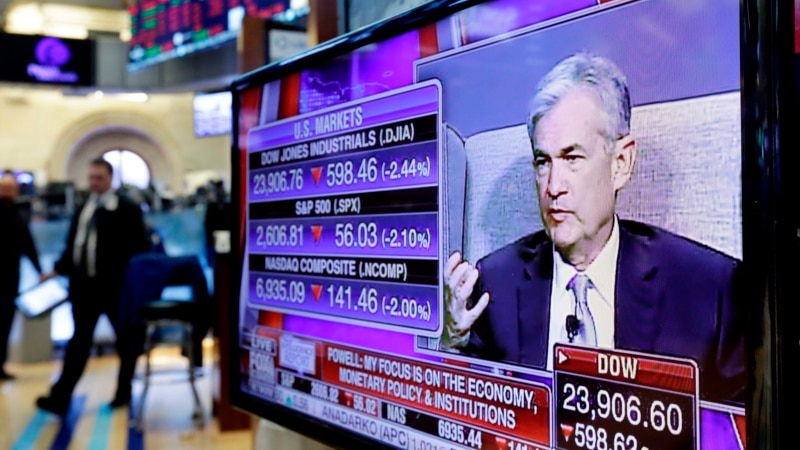 Today will be published data on inflation in the US for December. Inflation hitting its highest level in years in 2022, lower consumer spending and rising interest rates are fueling comments that the country could enter a recession this year.

World markets are also waiting for the published data on inflation in the US today. The country’s annual consumer price index (CPI) growth is expected to decline from 7.1 percent to 6.5 percent in December. US inflation was announced at 7.1% year-on-year in November and came in below the expected 7.3%.

In recent weeks, with inflation showing signs of easing, a more positive atmosphere has prevailed in the economy, with economists also noting that a recession is avoidable.

Federal Reserve Chairman Jerome Powell often cites skyrocketing wages to explain the need for higher interest rates. There are fears that a continued increase in the Fed’s interest rate will drag the economy into recession.

“The sooner inflation falls, the sooner the Fed will relax.”

Former Fed vice chairman, Princeton professor and economist Alan Blinder said the most positive sign for the economy is the continued decline in inflation. Blinder noted that inflation fell from a peak of 9.1% in June to 7.1% in November, which is still a high figure.

“The sooner the inflation rate falls, the sooner the Fed will relax and therefore the less likely a recession will be,” Blinder said.

Reasons for lower U.S. inflation include cheaper gas, de-bottlenecking the supply chain, and lower profit margins for many retailers.

A gallon of gasoline in the country costs about $3.27. In mid-June, that figure was $5. Used car prices, which rose 37 percent in 2021, have also been declining for five months. Over the past three months, there has been a decrease in prices for clothing and furniture.

In the US, consumers are spending less, forcing many retailers to cut prices to reduce inventory. According to Adobe Analytics, online prices have been declining for four months compared to the previous year, especially for computers, toys and sporting goods.

Despite the downward trend in inflation in recent months, there are comments that the reopening of the Chinese economy after the pandemic could lead to another increase in US gas prices.

It is argued that the Fed may continue to raise interest rates as inflation rises above its 2 percent target.

The central bank increased its base interest rate to its highest rate in 40 years, but during this period the economy continued to grow and businesses continued to hire.

While employers created 223,000 new jobs in December, the unemployment rate fell to 3.5 percent, its lowest level in 53 years.

“The labor market data supports the idea that the economy could slow down before it falls into recession,” said Mark Zandi, chief economist at Moody’s Analytics.