Wanted for 30 years, the Italian mafia boss is arrested. Top news and events in EUROPE 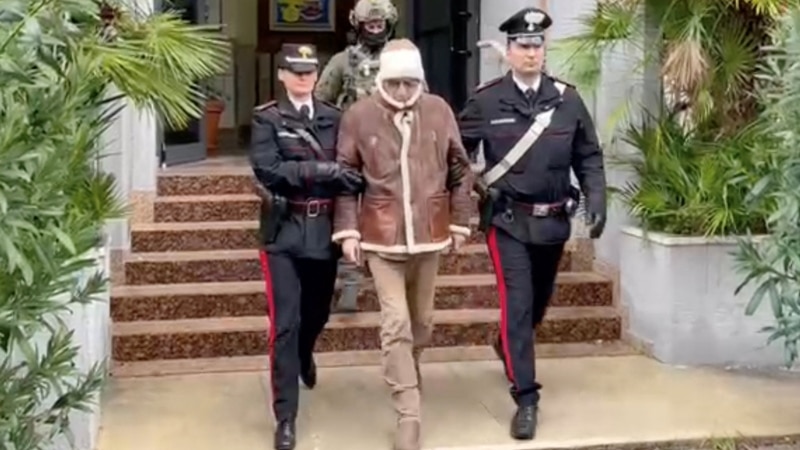 Matteo Messina Denaro, the most wanted boss of the Italian mafia, was arrested today in a police raid on a private hospital in Sicily. Mafia boss Denaro, on the run since 1993, was being treated for cancer.

Messina Denaro is serving a life sentence in absentia for his role in the 1992 murder of anti-mafia prosecutors Giovanni Falcone and Paolo Borsellino. The murders of Falcone and Borsellino shocked all of Italy and sparked operations against the Sicilian mafia known as the Cosa Nostra.

Messina Denaro, 60, was taken from the La Maddelena hospital in Palermo by two police officers and put into a black minibus.

Forensic sources said Denaro was treated for cancer and underwent surgery last year. According to sources, Denaro later went to see a doctor under a different name.

“There was a lead in the investigation and it extended to today’s arrest,” said Palermo prosecutor Maurizio de Lucia.

Judge Paolo Guido, in charge of the Messina Denaro investigation, noted that the collapse of the network of those who defend Denaro played a key role in achieving the results of many years of work.

The man who took Messina Denaro to the hospital was also arrested at the scene on suspicion of aiding and abetting the fugitive.

Footage shared on social media shows locals cheering and shaking hands with officers as the Denaro van leaves the scene. Where Denaro was taken is not reported.

“We did not win the war, we did not defeat the mafia, but winning this battle was key. This is a heavy blow to organized crime,” Meloni said.

The hometown of Messina Denaro, the son of a mafia, is the town of Castelvetrano, located near Trapani in western Sicily.

Last September, the police said that Denaro was still issuing orders regarding mafia activities around Trapani.

Before going into hiding, Denaro was known for driving expensive cars, luxurious clothes, and Rolex wristwatches.

Denaro, who was sentenced to life in prison for his role in the 1993 Florence, Rome and Milan bombings that killed 10 people, has been charged by prosecutors with sole or joint responsibility for numerous murders in the 1990s.

Prosecutors say Denaro orchestrated the kidnapping of 12-year-old Giuseppe Di Matteo in 1993 to prevent his father from giving evidence to authorities that would be used against the Mafia. According to the prosecution, Di Matteo spent two years in captivity, after which he was strangled, and his body was dissolved in acid.

Denaro was arrested exactly 30 years after the arrest of Sasvatore Riina, known as the most powerful father of the Sicilian mafia of the 20th century. Riina, who died in prison in 2017, never broke her vow of silence.

Despite the joy of Denaro’s arrest, Italy is still struggling to contain the powerful organized crime syndicates.

Experts say Cosa Nostra was taken over by the ‘Ndrangheta, a mafia in the Calabria region. The ‘Ndrangheta is known as the most powerful organized crime syndicate in Italy.

“There is a feeling that the Sicilian mafia is no longer as strong as it used to be, especially since the 1990s,” says Federico Varese, professor of criminology at the University of Oxford.

News “The gap between the rich and the poor is widening.” ...

At least 26 murders per day in Venezuela last year. Last ...