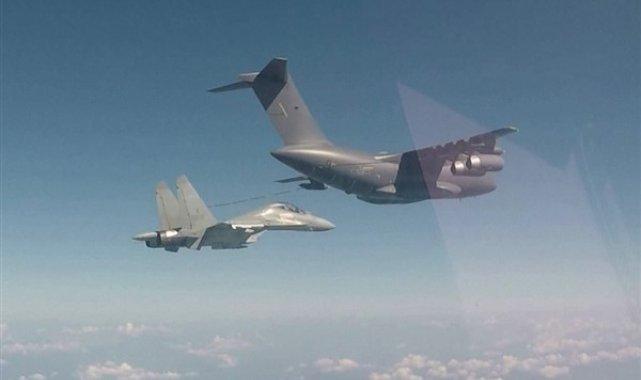 A Chinese defense ministry spokesman said any attempt to prevent Chinese unification would fail.A delegation from the US Congress, including Democratic Senator Ed Markey, visited Taiwan yesterday. He stressed that China violated its sovereignty and territorial integrity, noting that the visit sent a false signal to separatist forces seeking so-called Taiwanese independence. Taiwan,” the spokesman said that this revealed the US goal of disrupting peace and stability in the Taiwan Strait, and recalled that the Army Eastern Operational Area Command conducted combat exercises in the sea and airspace around the island of Taiwan, in which various forces participated. The spokesman pointed out that these exercises were a response to a joint provocation between the United States and the Taiwan Regional Administration. Reaffirming that Taiwan is part of Chinese territory, the spokesman said that they would not allow foreign powers to interfere in the Taiwan issue. … We would like to remind you that any attempt to contain China through Taiwan will certainly fail. An attempt to achieve so-called independence, relying on the United States, will also be in vain. These teachings continue today.

800 flights canceled due to strike