US sanctions against the supply of Iranian UAVs to Russia. Last Minute EUROPE, CURRENT, Russian news and events 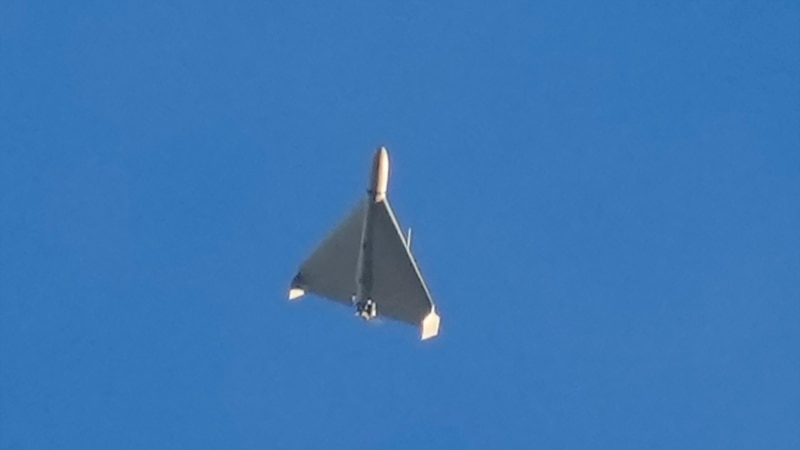 The US has announced new sanctions against suppliers of Iranian-made drones that Russia says are being used to strike civilian infrastructure in Ukraine.

In a written statement, the US Treasury announced that it has sanctioned six directors and board members of Qods Aviation Industries (QAI), also known as Light Aircraft Design and Manufacturing Industries.

The ministry has identified QAI, which has been under US sanctions since 2013, as a major Iranian defense manufacturer responsible for the development and production of unmanned aerial vehicles.

“We will continue to use every means at our disposal to take back the weapons that Putin used in his barbaric and gratuitous war against Ukraine,” said Treasury Secretary Janet Yellen.

“The Kremlin’s reliance on providers of last resort like Iran demonstrates its desperation in the face of Ukraine’s courageous resistance and the success of our global coalition in disrupting Russian military supply chains and preventing the replacement of weapons lost on the battlefield,” Yellen said.

US Secretary of State Anthony Blinken said in a written statement that today’s sanctions are based on the identification of individuals and entities involved in the production and transfer of Iranian Shahid and Muhajir series UAVs, which Moscow continues to use in its brutal attacks on Ukraine in September and November, noted that it was announced.

Sanctions were given to QAI Chairman of the Board Seyid Hokatullah Goreishi, QAI CEO and Board Member Gasim Demevandiyan, Chief Board Member Hamidreza Sherifi Tehrani and other Board Members Reza Khaki, Mecid Reza Niyazi Ancili and Governor Erlenizadeh.

According to the US Treasury Department, Goreishi was in charge of negotiations with Russia for the supply of drones by Iran for the war in Ukraine.

Demavandian also facilitated QAI’s supply of UAVs to Iranian military services. It is alleged that this person could train Russian personnel in the use of UAVs manufactured by QAI.

Hamidreza Sharif Tehrani participated in international conferences on UAVs and was involved in the supply of UAVs and related equipment to the Iranian military services.

Other board members have also been sanctioned for allegedly acting directly or indirectly for or on behalf of QAI.

The director of the Iranian Aerospace Industries Organization is also on the sanctions list.

The statement noted that Sievash controlled the production and testing of AIO ballistic missiles and entered into agreements with international suppliers.

Recalling that the UAP was sanctioned on June 28, 2005, the statement said: “The Central Bank of Iran annually transfers millions of discount foreign currency to the UAP, allegedly reserved for importers of essential goods, and stressed that the regime prioritizes missile programs . at the expense of its own citizens.

Today’s move freezes all US assets of the sanctioned individuals and prohibits Americans from doing business with them at all. Those who do certain transactions with these individuals are also at risk of being sanctioned.

The US has previously imposed sanctions on companies and individuals Russia accuses of manufacturing or transferring Iranian drones (UAVs) that Russia uses to attack civilian infrastructure in Ukraine.

Iran admitted to sending the drones to Russia, but said the vehicles were sent before the Russian invasion in February.

Moscow denies that its forces used Iranian-made drones in Ukraine.