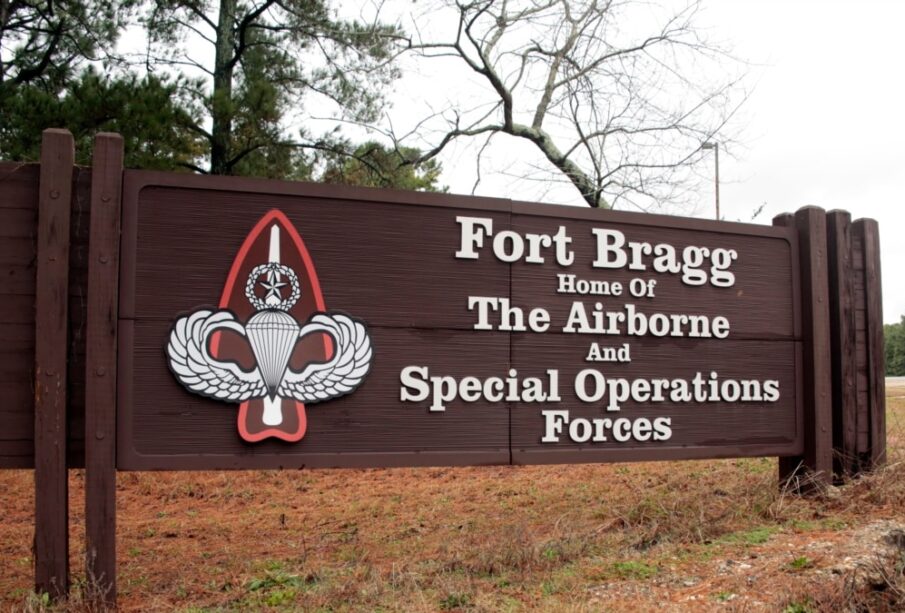 As a young black officer, Troy Moseley arrived at Fort Benning, Georgia in 1995 where he eventually assumed command of a 300-strong company at the age of 31. The irony of commanding hundreds of troops at a major global military base named in honor of the Confederate officer who fought for The defense of slavery was not lost on him.

“It was a kind of peace offering to the defeated Confederates that we would allow all of you to have some dignity and some honor in a noble defeat,” says Moseley, now a retired lieutenant colonel and author. “But what being a black American and a black army officer said to me was that my implication was not meaningful or important, and therefore, I was an American by grace only, but not really welcome at the table.”

More than 20 years later, Fort Benning is among nine military installations in the American South, all named after officers who fought against the United States in the Civil War, and is likely to be renamed. A congressional-mandated committee proposed new names for the rules.

Fort Benning would become Fort Moore, named after Lieutenant General Hal Moore, who served in Korea and Vietnam, and his wife, Julia, an advocate for military families. During the selection process, some pushed for Fort Benning to be renamed after Roscoe Robinson Jr. , the first African-American four-star general, served in Korea and Vietnam. Mosley believes the naming committee steered clear of that to avoid the possibility of a reversal.

“There are elected officials who criticize the military for being an ‘awake organization,’” says Moseley, president of a group called Citizens Against Intolerance. “I think a lot of that criticism comes from elected officials who haven’t served a day in the military, and they don’t understand that the military has structure, bones, America’s greatest meritocracy. You have people from all walks of life coming together for a common belief in the system of government, and they’re willing to put their lives on the line to defend it.”

The proposal would rename Army facilities for a variety of people including women, African Americans, Latinos, and Native Americans.

Fort Lee, Virginia, named after General Robert E. Lee, a Confederate commander, will become Fort Gregg Adams in honor of retired General Arthur Gregg, who served in Korea and Vietnam, and Lt. Col. Charity Adams, who served in World War II. They are both African American.

Fort AP Hill, Virginia, named after Confederate General Ambrose Powell Hill, Fort Walker, in honor of Dr. Mary Walker, will become the first Army surgeon to be awarded the Medal of Honor for her service in the Civil War.

Fort Pickett, Virginia, named after George Pickett, a Confederate major general, will be renamed Fort Barefoot, after Technical Sergeant Van T. Barefoot, a Native American who was awarded the Medal of Honor after fighting the Germans during World War II.

I think the Army is trying to show that the new names reflect military values, and one of those values ​​is diversity and unit cohesion; We have people of all kinds serving in the military, says Geoff South, a retired associate professor at Virginia Commonwealth University, that we have bases named after white men, especially white men who fought against the freedom of African Americans and against the U.S. Army itself, an attack on several levels.”

Other mod properties named after Confederate characters can also be changed. The committee is reviewing the names of more than 750 military assets, including streets and signs, to see if they should be changed as well.

The renaming committee’s final report is scheduled to be submitted to Congress in October. In line with the National Defense Authorization Act 2021, the defense spending legislation that established the commission, Defense Secretary Lloyd Austin must implement the recommendations by January 2024.

“There is some thinking that Congress might get a cold shoulder, especially after the midterm elections, depending on who controls the House and Senate,” South says. “So, it’s not a done deal yet. But since it was a bipartisan vote earlier, the thinking is Congress will go ahead and confirm what the renaming committee proposed.”

For his part, Moseley says he’s proud of the Army for recognizing the strategic, operational, and operational importance of diversity.

“We cannot remain the same and become better at the same time. Improvement requires change, and I believe that the changes that the military has adopted to become a more inclusive organization only serve to improve it,” he says. “And I believe that in doing so, they will not only provide a more lethal and effective armed service, but they will also establish themselves as an institution that other organizations will emulate.”