✕
© Copyright Center Credit 2022. All Rights Reserved.
Saturday, January 28
Home›Europe News›Ukrainian soldiers will be trained at a US military base on how to use the Patriot system. Last Minute GERMANY, Russia headlines and events
Europe News

Ukrainian soldiers will be trained at a US military base on how to use the Patriot system. Last Minute GERMANY, Russia headlines and events 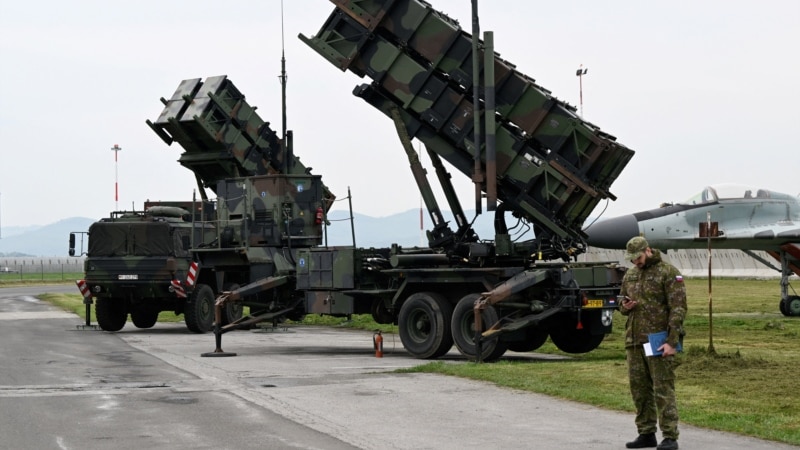 Ukrainian soldiers are expected to begin training in the use of Patriot missile defense systems at a US military base in the coming weeks.

A US official, who spoke to reporters on condition of anonymity, said Ukrainian forces would train at the Fort Sill base in Oklahoma.

Previously, the Ukrainian military trained in the United States on the use of various military equipment, including Switchblade drones.

The base in Oklahoma is one of four US military training grounds and is also home to an artillery grade military school.

The decision was announced during Ukrainian President Volodymyr Zelensky’s visit to Washington in December.

Germany also decided to send one Patriot battery from its own arsenal to Ukraine.

The news that Patriot exercises will take place in Germany has already been reported in the press.

Ukrainian forces are also expected to be trained in what the US military calls combined arms combat training, combining ground operations training with long-range artillery and aviation training.

“Defense support for Ukraine can give impetus”

The aid package approved by the US last week includes more than $3 billion in military aid to Ukraine. The United States has authorized more than $24 billion worth of arms transfers to Kyiv since Russia invaded Ukraine on February 24.

The Patriot battery, which will be delivered to Ukraine, includes a power generator, a computer system, an ignition control system and eight ramps. In total, about 90 soldiers are involved in feeding the Patriot battery.

US Department of Defense spokesman Pat Ryder said earlier that international equipment and training support for Kyiv will give Ukraine the opportunity to change the balance of power on the ground, gain momentum and not only protect its territory in the war, but also regain lost territories.

Ukrainian President Volodymyr Zelensky said in his historic address to Congress last month during his visit to the United States that 2023 will be a turning point in the war.

The Reuters section was used in the news.

News “Executions in Iran, murders committed under the auspices of the state.” ...

“Russia is preparing for a new attack.” Last minute headlines and ...