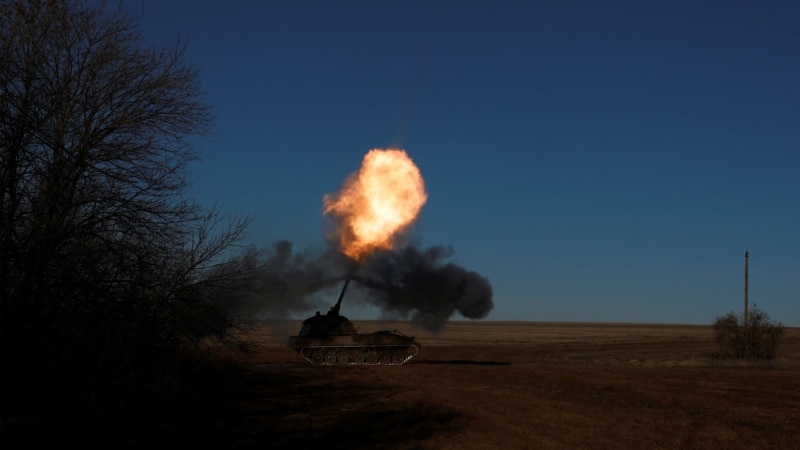 Ukraine noted that its troops were resisting despite continued heavy fighting in the eastern city of Soledar, famous for its salt mining in the country’s east, where Moscow claims the Russian Wagner mercenary group won its first major victory in six months.

Wagner, an ultra-nationalist Russian mercenary group controlled by an ally of Russian President Vladimir Putin and operating outside the military command system, claims to have captured the city of Soledar after days of heavy fighting.

Moscow has not yet claimed victory at Soledar. Ukraine, on the other hand, acknowledged that Russia has made progress but said in a statement today that its garrison has not been withdrawn.

“The conflicts are of a violent nature,” Deputy Defense Minister of Ukraine Anna Malyar said at a briefing today, adding that Russia is “advancing on its own corpses.” The Reuters news agency was unable to confirm the situation in Soledar from independent sources.

Maliar said that Russia, trying to show a strategic initiative, increased the number of its units in Ukraine from 250 to 280 over the past week.

Chief of the Russian General Staff Valery Gerasimov was unexpectedly appointed commander of the Ukrainian Front yesterday, and his predecessor, Sergei Surovikin, was appointed one of the three members of Gerasimov’s headquarters.

Moscow attributes the sudden change in front commander for at least the third time in 11 months of occupation as a reaction to the growing importance of the occupation.

Russian and Western commentators report that they see Russia looking for a scapegoat to blame for the loss of 40 percent of the land it has seized since last February.

Valery Gerasimov has been targeted by a growing number of nationalist bloggers despite the Kremlin silencing all independent media and imprisoning war critics.

Regarding the decision to appoint Gerasimov as commander of the Ukrainian Front, the British Ministry of Defense said: “This move will be met with great displeasure by the vast majority of ultra-nationalist Russians and the military blogging community. These sections accuse Gerasimov of ineffective management of the war.”

A well-known Russian military blogger, writing under the username Rybar on the messaging app Telegram, claimed that Surovikin, the former commander of the Ukrainian Front, was put forward as a scapegoat for Russia’s military defeat.

“Now the chief of staff will bear direct and final responsibility for everything,” said another Russian military blogger, Semyon Pegov.

The Ukrainian Ministry of Defense, on the other hand, cynically criticized Russia’s change of military command on the Ukrainian front, stating: “Every Russian general should be given the opportunity to fail at least once in Ukraine. twice.”

Soledar could be Moscow’s biggest acquisition since humiliating losses in the second half of 2022. However, this benefit comes at a high cost to both parties.

Before the war, ten thousand people lived in Soledar. Despite repeated attempts, Russia failed to capture the city of Bakhmut, which is 10 times the size of Soledar and is of much greater importance.

Donetsk Governor Pavel Kirilenko told Ukrainian state television that 559 civilians remained in Soledar, 15 of whom were children, and that they could not be evacuated.

Across Ukraine, there has been no major shift in the front line since Russia’s last major retreat in the south two months ago. Kyiv hopes to continue making progress on the heavy weapons supplied by its Western allies.

Last week, America, Germany and France pledged to supply armored fighting vehicles to Ukraine. It was unthinkable that the West would take such a step just a few months ago. It is noted that attention is now switching to the main battle tanks.

For the supply of tanks to Ukraine, permission from Germany is required. While Germany seemed briefly taken by surprise, today it was clear that Poland approved of the move.

German Deputy Chancellor Robert Habeck said: “Whatever its decision, Germany should not stand in the way of other countries’ decision to support Ukraine.”

The UK also said it was considering sending tanks to Ukraine.

Salyukov, one of the commanders of the Russian Ukrainian Front, inspected soldiers in Belarus.

The Ministry of Defense of Belarus reported that today a delegation headed by Commander of the Russian Ground Forces Oleg Salyukov visited Belarus to check the combat training of the united forces stationed in Belarus.

The visit came a day after Salyukov was appointed as one of the front commanders after recent changes in Russian command during the war in Ukraine.

Ukraine has warned that Russian President Putin could use Belarus to launch another invasion of territory from the north.

President of Belarus Alexander Lukashenko allowed Putin to use the territory of Belarus to invade Ukraine.

Military experts say Russia is also using facilities in Belarus to train reservists that Russia recruited as part of its September mobilization.

However, Belarus did not send its troops to Ukraine to support the Russian invasion.

broadcast by Voice of America Ukraine resists despite violent clashes in Soledar in the news houra-ber.com editors have no editorial intervention. The news that Ukraine is resisting despite heavy fighting in Soledar is automatically posted on our website, as it comes from the Voice of America website. in this district Ukraine resists despite violent clashes in Soledar The legal addressee of the news is the websites and agencies that published the news.

The US and Japan are strengthening their alliance against China. Last ...