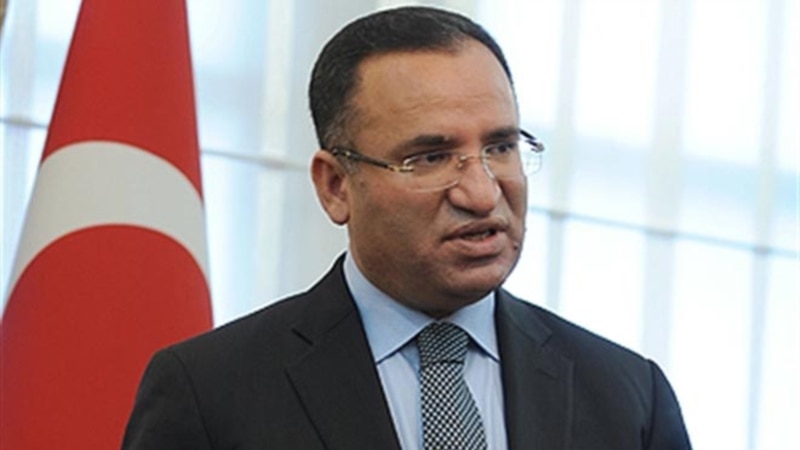 Justice Minister Bekir Bozdag described Sweden’s extradition to Turkey last week of Mahmut Tat, who was allegedly linked to terrorism, as “the beginning of sincerity.” However, Bozdag said Stockholm needs to do more to get Ankara to approve Sweden’s NATO membership.

Last Friday, Sweden deported Turkish citizen Mahmut Tata, who took refuge in Sweden in 2015 after being sentenced to 6 years and 10 months in Turkey for links to the PKK, and sent him to Turkey.

In an interview with TRT Haber, Minister of Justice Bozdag said about the extradition of Mahmut Tat to Turkey: “The Swedish government recently deported a PKK terrorist and sent him to Turkey. What does this mean in terms of this process? We see it. as a start in terms of showing sincerity and goodwill. I hope it continues with the same sincerity.”

Bozdag said: “There are conditions that Turkey has put forward for Sweden to be granted a visa for NATO membership. This is not only extradition, but also the lifting of implicit and implicit embargoes against Turkey. Revision of the laws of this country to support the fight against terrorism and “this includes the application by Sweden of the Swedish law against terrorists and, on the other hand, the extradition to Turkey of terrorists whom Turkey wants to extradite. It would be extremely wrong to reduce this simply to extradition,” he said.

Sweden and Finland applied to join NATO in May after the Russian invasion of Ukraine; however, he faced Turkish objection.

Turkey has not approved NATO membership bids, accusing both countries of harboring terrorists from the PKK and other groups.

Stockholm and Helsinki, which deny harboring PKK members, have vowed to work together to fully resolve Ankara’s security concerns and announced the lifting of the arms embargo.

The entry of a new member into NATO is possible with the consent of all existing members. The accession of Sweden and Finland to NATO requires the approval of all 30 members of the alliance. Currently, the only country that opposes the membership of the two countries is Turkey.

On the other hand, the Finnish government, awaiting the approval of Hungary and Turkey, announced that it was proposed to Parliament to adopt the founding agreement of the alliance in order to prepare the country for NATO membership.

According to the Finnish Foreign Ministry, a simple majority in parliament is sufficient to ratify the agreement with NATO, since this will not require changes to the country’s current laws on foreign and security policy.

The application of Finland and Sweden to join NATO has so far been approved by 28 of NATO’s 30 members.

Hungary is expected to ratify the membership of Sweden and Finland in February.

News “We have resumed joint patrols with the Coalition.” Last Minute ...