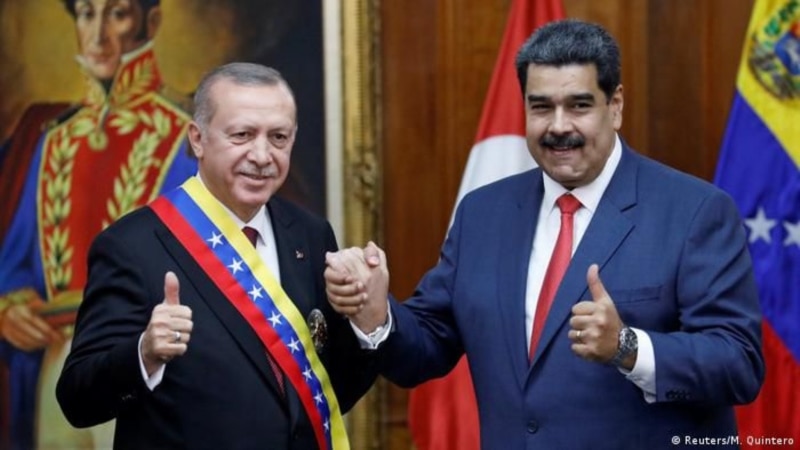 Trade between Turkey and Venezuela, which stood at $850 million last year, is expected to top $1.1 billion this year.

Exports to Turkey, one of Venezuela’s largest export partners, reached $663 million in the first ten months of the year, according to the Turkish Statistical Institute. Turkish Exporters’ Assembly records show that Turkey’s exports to Venezuela reached $335 million by the end of November.

Venezuela was the country that benefited the most from the agreement, which provides mutual customs benefits for thousands of goods in trade between the two countries in August 2020.

Venezuela’s exports to Turkey totaled $19.8 million in 2019, and Venezuela’s total exports are expected to reach $800 million by the end of this year, an increase of almost 40 times.

During the same period, Turkey’s exports increased from $132 million to $350 million.

Trade in scrap metal under the heading of iron and steel accounts for 84 percent of Venezuela’s exports to Turkey.

Mineral fuels, oils and products; This is followed by organic chemicals with $28 million and aluminum and products with $23 million.

It is noteworthy that almost all important exports are under the control of the state, as they are considered strategic materials.

About 70 percent of the products that Venezuela imports from Turkey consist of foods such as cereals, flour, starch, milling products, wheat gluten, cocoa and cocoa products.

“$3 million target could be achieved in a few years”

Experts monitoring trade between the two countries say that Venezuela is one of Turkey’s five most important trading partners in Latin America, and that signed trade agreements and good intergovernmental relations will boost trade.

Experts interviewed by VOA Turkish said the volume of bilateral trade could reach $3 billion in the next few years with continued high-level visits, product diversification in trade and mutual investment.

Experts also noted that this process could go faster if the sanctions imposed on Venezuela were eased or lifted.

The countries with which Turkey traded the most in Latin America in the first ten months of the year were Brazil with $4.88 billion, Colombia with $2.53 billion and Mexico with $1.73 billion.