The world population is over 8 billion. Last Minute WORLD, CURRENT headlines and events 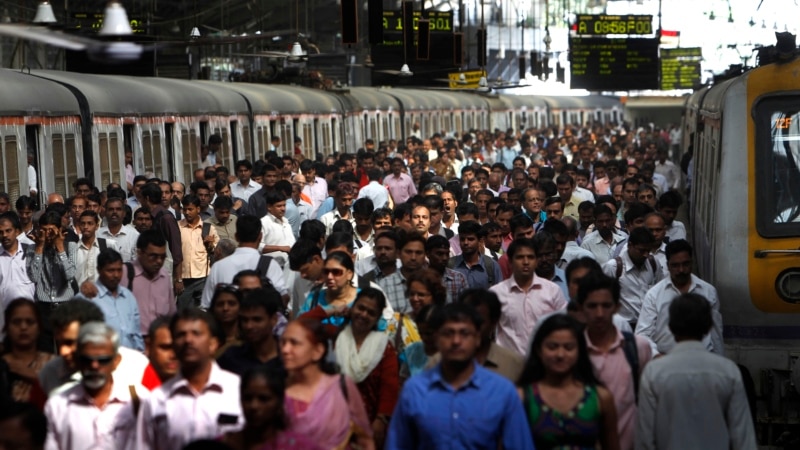 The world’s population also set a new record when the UN Climate Conference COP 27 was convened in Sharm el-Sheikh, Egypt, to “address climate and population challenges and more decisively reduce the increase in greenhouse gas emissions from human activities.”

The UN predicts that the population will reach a “peak” of 10.4 billion people in the 2080s, followed by a decline by the end of the century.

India will overtake China in 2023

The United Nations World Population Prospects 2022 estimates that India, with a population of 1.4 billion, is projected to surpass China in 2023 in this birth rate. Experts stress that the persistence of a “high birth rate” that has led to rapid population growth is “both a symptom and a cause” of slow progress in development.

Thus, India, with a population of 1.4 billion, which will overtake China in 2023 to become the most populous country in the world, is expected to experience an urban population boom in the coming years as metropolitan areas are already overcrowded and lack basic infrastructure.

In Mumbai, about 40 percent of the population lives in overcrowded poverty-stricken areas, made up of makeshift huts that lack water, electricity and hygiene.

3 most populous cities in Africa in 2100

According to the UN, more than half of population growth by 2050 will come from just 8 countries: the Democratic Republic of the Congo, Egypt, Ethiopia, India, Nigeria, Pakistan, the Philippines and Tanzania. Sub-Saharan Africa is expected to provide more than half of the projected increase by 2050.

At the turn of the century, the three most populous cities in the world were Lagos in Nigeria, Kinshasa in the Democratic Republic of the Congo, and Dar es Salaam in Tanzania.

UN Secretary-General António Guterres said: “This year, World Population Day, marks a very important year as we look forward to the birth of the world’s eight billionth person. By celebrating our diversity, recognizing our common humanity, we extend life expectancy and significantly reduce maternal and child mortality. “This is the time to applaud health advances. But it’s also a reminder of our responsibility to look after our planet and an important moment to reflect on where we’re still falling short of our commitment to one more.”

Decline in the birth rate

World Population Prospects 2022 also shows that fertility in many countries has declined significantly over the past decade. Today, two-thirds of the world’s population lives in a country or region with a lifetime fertility of less than 2.1 births per woman. This is about the level required for zero long-term population growth with a low mortality rate. The population of 61 countries or territories is expected to decline by 1 percent or more between 2022 and 2050 due to continued low birth rates and, in some cases, high levels of immigration.

“It affects behavior more than numbers”

Liu Zhenmin, UN Assistant Secretary-General for Economic and Social Affairs, said: “The relationship between population growth and sustainable development is complex and multifaceted. “Rapid population growth makes it difficult to eradicate poverty, fight hunger and malnutrition, and expand the coverage of health and education systems.”

Noting that population growth “increases the impact of economic development on the environment,” UN experts also note that “countries with the highest per capita consumption of material resources and greenhouse gas emissions tend to have the highest per capita income, and not regions where the population is rapidly increasing, such as in Africa.” “Our impact on the planet is determined more by our behavior than by our numbers,” said Jennifer Sciubba, a researcher at the Wilson Center think tank, drawing attention to human behavior. He notes that in countries with a high concentration of poverty, population growth creates big problems.

The elderly population continues to grow

On the other hand, the share of “65 and over” in the world’s population, which was 10 percent in 2022, is expected to increase to 16 percent in 2050. By this time, the number of people aged 65 and over in the world is expected to more than double. Countries with aging populations are urged to take steps to adapt their government programs to the growing number of older people, including establishing universal health care and long-term care systems, and making social security and pensions more sustainable.

According to the UN, in 2019 it reached 72.8 years, which is almost 9 years more than in 1990. Due to the decline in mortality, by 2050 the average life expectancy in the world is expected to reach approximately 77.2 years. However, in 2021, the least developed countries are 7 years behind the global average.

7 close-up portraits of ants that give you goosebumps

Seniority bosses are worried at EYT! Calculating the cost was heavy: ...