The world is concerned about the epidemic in China. Last Minute WORLD headlines and events 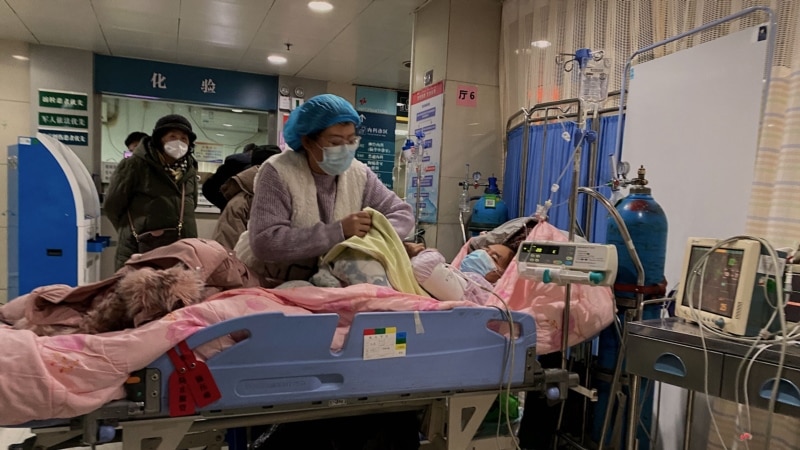 A new wave of epidemics in China is raising fears that new variants could spread around the world. For this reason, many countries have begun requiring COVID-19 testing for travelers from China. There are also fears that the Chinese government will not be able to quickly share information about possible new mutations with the world.

There has been no news of a new variant from China so far, but it should be remembered that China is not open to the world regarding the Corona virus that appeared in 2019.

The US, Japan, India, South Korea, Taiwan and Italy have announced testing requirements for passengers from China.

The US points to a rise in infections in China and says there is a lack of information, including genome sequencing, about the types of virus.

Wang Pi Sheng, head of Taiwan’s epidemic control center, said, “Currently, China’s pandemic situation is not transparent,” and noted that little information can be obtained from China and it is not very accurate.

Taiwan will start testing everyone arriving from China from January 1st. About 30,000 Taiwanese are expected to return to Taiwan this month after the Chinese New Year holidays.

Wang Wenbin, a Chinese foreign ministry spokesman, said in a statement that many countries have not changed their practices regarding passengers from China. The spokesman noted that the measures should be applied equally to all countries.

Each new infection sets the stage for the Corona virus to mutate. Scientists cannot say whether the new wave will lead to the spread of a new mutation around the world, but the thought of what it could be is worrying.

Chinese health officials say the new wave was caused by versions of Omicron found elsewhere, but a monitoring system has not been put in place to detect possible troubling virus mutations.

Wu Zunyu, chief expert at the China Center for Disease Control, said in a statement that China always informs the world of new discovered variants in a timely manner: “We do not keep secrets. All our work is brought to the attention of the whole world. ”

German Health Ministry spokesman Sebastian Gelde said authorities have not yet received any indication that a dangerous variant has emerged in the epidemic wave in China, but they continue to monitor the situation. While stating that the option common in China is one of the options active in Europe, the European Union is also looking into the situation.

Tedros Adhanom Ghebreyesus, Secretary-General of the World Health Organization (WHO), said the WHO needed more information on the extent of China’s epidemic, especially hospitalization and intensive care rates.

After protests across the country, China abandoned the strict measures it had enforced since the start of the pandemic earlier this month and allowed the virus to spread rapidly.

Thanks to the “COVID zero” policy implemented in China to date, fewer cases have been reported since the beginning of the pandemic compared to the world.

Medicines have run out, hospitals are overcrowded.

Rising cases have led to depletion of stocks of influenza medicines, long lines at clinics and overcrowded emergency services. The number of cremations common in China has doubled. Some funeral homes are asking families to delay the funeral process until next month.

The Chinese press does not give full information about the extent of the epidemic, and government officials say Western media are exaggerating the situation.

Officials in China have revealed that one person has died from COVID-19 yesterday. That number was three on Tuesday. But foreign governments and epidemic experts say the figure is actually much higher.

China considers deaths from COVID-19 to be only deaths from pneumonia and respiratory failure.

The world’s second-largest economy is expected to slow down factory production and consumption in the near future as workers and shoppers fall ill.

In China, the service industry, where contact has been intense, has been hit by restrictions against the virus.

The reopening also raises the likelihood that Chinese tourists will return to shopping streets around the world that once brought in $255 billion a year worldwide.

Official figures put the death toll in China at 5,246 since the start of the pandemic. There have been over 1 million deaths in the US. Hong Kong has reported over 11,000 deaths.

European airlines increase the number of flights to China – WORLD