The war between Ukraine and Russia unites the countries of the EU and the Western Balkans at the summit. Last Minute EUROPE, CURRENT, Russian news and events 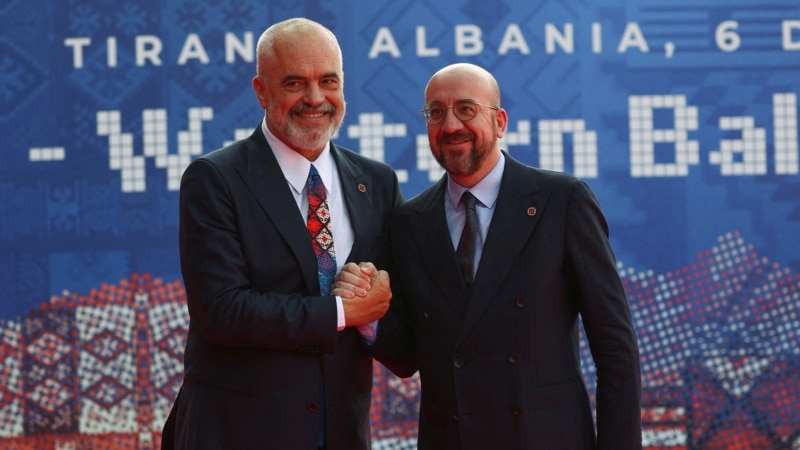 The leaders of the European Union and the countries of the Western Balkans tried to strengthen the partnership at the summit held today, while the geopolitical balance in the region was threatened by Russia’s war in Ukraine.

At the summit held in the Albanian capital Tirana, Albania, Bosnia and Herzegovina, Kosovo, Montenegro, North Macedonia and Serbia were given concrete signs that their future is in the EU rather than promises of ultimate membership, although their desire to join the EU union remained distant goal.

“With the beginning of Russian aggression in Ukraine, the Western Balkans, forgotten by Europe, have been recognized as a place for the growth of a geopolitical conflict,” said Slovenian Prime Minister Robert Golob, one of the participants in the summit.

Golob told reporters that the integration of the region is important for the stability of Europe in all aspects.

As part of integration moves, carriers in the EU have agreed to lower data roaming charges for the region from October 2023, and Brussels has pledged a €1 billion grant for energy.

European Council President Charles Michel, one of the co-chairs of the summit, called the talks a “symbolic meeting” that will strengthen the future of these countries in Europe.

As a confirmation of the bloc’s determination, Michel recalled the EU’s energy support in the region in light of the impact of the war on supply and prices; He also drew attention to the mobile phone roaming agreement.

“I firmly believe that our children’s future will be safer and more prosperous with the Western Balkans in the EU; we are working very hard to make progress,” Michel told reporters.

The last time the EU hosted a new member was in 2013, Croatia, which is also part of the Balkans.

But since Russia’s invasion of Ukraine in February, EU officials have often said that it was more important than ever for Europe’s security to strengthen the bloc’s relations with the six countries.

As Europe’s relations with Russia worsen due to the war, tensions are rising in the Balkans. The EU wants to avoid other problems close to its borders in a region that has been the scene of conflict since the collapse of Yugoslavia in the 1990s.

According to a draft declaration to be adopted at the summit, the EU will reaffirm the “full and unequivocal commitment of the Western Balkans to the prospect of membership in the European Union” and call for an acceleration of accession negotiations.

In return, the EU expects full solidarity from its partners in the Western Balkans and requires these countries to fully comply with the Union’s foreign policy.

This requirement could create problems for Serbia. Although Serbian President Aleksandar Vučić has said he wants his country to become a member of the European Union, he has improved his relationship with Russia over the years.

Although Serbian representatives voted in favor of various UN resolutions condemning the Russian invasion of Ukraine, Vučić refused to publicly condemn Moscow. Serbia also did not participate in Western sanctions against Russia due to the war.

“The Western Balkans have decided to follow the European path, it is a two-way street. We also expect the region to implement key reforms and demonstrate a willingness to embrace the passion and spirit of the European Union. Many do it, but we also see fluctuations,” Borrell said.

An EU diplomat told Reuters at a briefing that the union had prepared a new proposal with a clear timetable for normalizing relations between Kosovo and Serbia.

Warning of Chinese influence in the region

“We see very clearly that the war is not only a brutal war of Russia against Ukraine, it is also a question of whether the autocracy and the law of the strongest will win. Will democracy and the rule of law triumph? Von der Leyen noted that this struggle also stood out in the Western Balkans and that Russia and China were trying to build influence.

The EU remains the Western Balkans’ main trading partner, accounting for more than two-thirds of the region’s total trade, according to the block.

“We are your closest partner, and therefore this discussion is also about deciding which side you are on,” said the Chairman of the Commission.

Although the EU accession process for the six Balkan countries has stalled, some progress has been made over the past few months.

After several years of delay, this summer the EU began accession talks with Albania and North Macedonia. Bosnia and Herzegovina, on the other hand, took another small step towards joining the bloc when a commission recommended granting its members candidate status in October, despite continued criticism of the country’s governance practices.

A senior EU diplomat said Bosnia and Herzegovina could “get” candidate status at the December 15-16 EU summit, Reuters reported; but when asked how likely it was, he replied, “I don’t know.”

Kosovo has just taken the first step and has said it will apply for candidate status at the end of this month.
“We need the EU to stop talking and start acting,” said Kosovo President Vyosa Osmani.

It is hoped that a €1 billion grant from the EU to the Western Balkans to mitigate the effects of Russia’s war over energy and food security on households and businesses will encourage a doubling of investment.

Illegal immigration was also on the table

The leaders also discussed the issue of migration, which remains one of the biggest problems on the continent, in light of the number of migrants trying to enter the EU without permission, mainly through Serbia and through the Western Balkans.

The Balkans between Turkey and Europe is a mandatory transit area for migrants crossing the country by land.

About 500 Frontex employees work on the EU borders with the Balkan countries; however, staff will soon be deployed to the region.

Another reason for mobility is that Serbia, which wants to join the EU, has not coordinated its visa policy with the bloc. People from different countries who need a visa to enter the bloc arrive in Serbia without such documents and then cross the EU border.

Many people from Burundi, Tunisia, India, Cuba and Turkey enter the EU this way.

The EU bans the import of deforestation products. Top news and ...