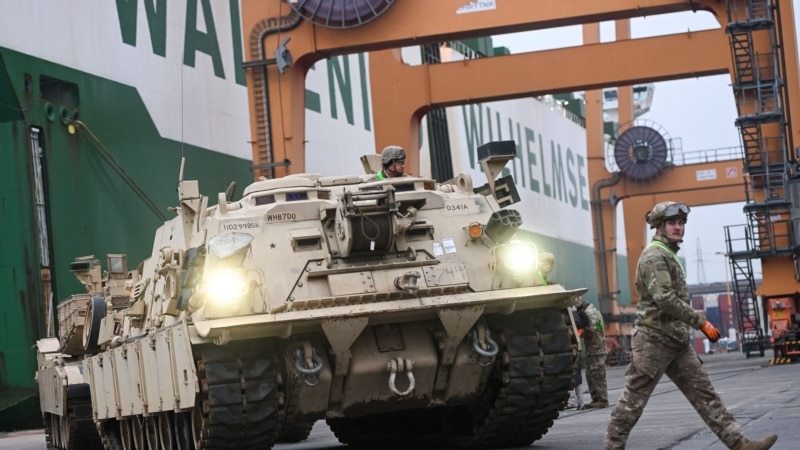 There has long been heated debate among NATO allies about sending Ukraine the heavy-duty battle tanks it needs in the field.

Finally, after German Chancellor Olaf Scholz approved the supply of Leopard tanks, which Ukraine needed against the Russian invasion, a statement was received from the United States. President Joe Biden announced that 31 Abrams tanks would be sent to Ukraine.

Biden emphasized the importance of timely intervention and strengthening of its combat capability so that Ukraine can defend its territory from Russian aggression.

“The tanks we will send are equivalent to a Ukrainian battalion”

President Biden has announced that he has made the decision to send 31 Abrams tanks to support Ukraine’s combat capability. Biden said the figure is equivalent to one Ukrainian battalion.

Biden said Defense Secretary Lloyd Austin supported the move, which would support Ukraine’s ability to defend its territory and enable it to achieve its strategic goals.

“The Abrams tanks are the most combat-ready tanks in the world,” Biden said.

Biden said they would soon begin training the Ukrainian army on the use, maintenance and logistics of these tanks.

While saying it would take time to send the tanks, Biden said they would make sure the Ukrainians were ready to use the tanks.

Biden also thanked German Chancellor Olaf Scholz, who approved the sending of Leopard tanks to Ukraine, and noted that, together with the allies, more than 3,000 armored vehicles, more than 8,000 artillery systems, more than 2 million artillery shells and 15 advanced multiple launch rocket systems. systems were sent to Ukraine.

“If Russia returns to where it belongs, the war will end today”

Noting that sending these weapons and tanks to Ukraine does not pose a threat of an attack on Russia, Biden noted that they were sent to protect the lands of Ukraine.

“If Russia goes back to where it belongs, this war will end today,” Biden said.

Biden said: “We will continue to do whatever is necessary to protect Ukraine shoulder to shoulder with our American partners.”

“Ukraine and MH-17 could be brought against Russia.” Last Minute EUROPE, ...