The US and Japan are strengthening their alliance against China. Last Minute ASIA, UK headlines and events 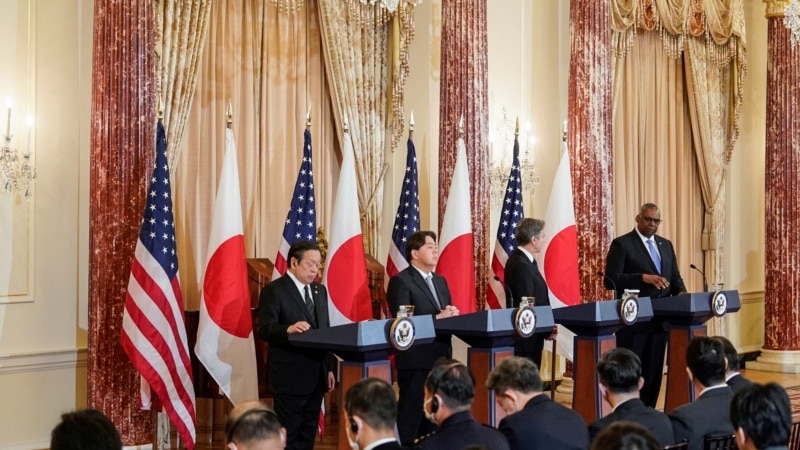 Determined to deepen their strategic alliances, the United States and Japan announced new plans to contain the Chinese military threat escalating around the East China Sea and Taiwan in a joint statement yesterday.

Those moves include plans to reorganize the US Marine Corps units based in Okinawa and new agreements on cooperation in space and advanced military technology.

“There are no signs that China will invade Taiwan”

Austin said that China is trying to “set a new normal” in the Taiwan Strait by stepping up its provocative military activities, but this is not a sign that China will invade Taiwan.

Blinken said China is trying to “undermine the long-term status quo that has maintained peace and stability (in the Taiwan Strait) for decades,” while the United States wants to strengthen the status quo.

“We will continue to take a calm and determined approach to maintaining peace and stability,” the US Secretary of State said.

In a joint statement released last night, the US and Japan said they would advance initiatives to create a “more capable, integrated and flexible alliance that strengthens deterrence.”

Both countries are optimizing their military positions in the Indo-Pacific region and will establish a new marine regiment in Okinawa by 2025. Officials said the new unit would be equipped with anti-ship and other advanced capabilities.

Speaking to Reuters, a senior administration official said the two leaders are expected to discuss security and the global economy, as well as semiconductor exports to China.

On the other hand, US Naval Intelligence Command Commander Rear Admiral Michael Studeman said at a virtual event he attended yesterday that China continues to put pressure on Taiwan through increased military action.

“The Chinese continue to deploy large numbers of aircraft and patrol aircraft in all directions around Taiwan, both to put pressure on Taiwan and to signal their position to the US and other allies. Risks have risen and we need a level of danger. taken very seriously,” Studeman said.

A recent report from the think tank Center for Strategic and International Studies said that if China invades Taiwan, the US should be able to use its bases in Japan for military operations.

“Without the use of US bases in Japan, US fighters and attack aircraft cannot effectively participate in hostilities,” the report says.

The talks between the heads of diplomacy and defense of the countries took place two days before US President Joe Biden received Japanese Prime Minister Fumio Kishida at the White House.

The deepening of the US-Japan strategic alliance follows the announcement of a new National Security Strategy that would see Japan nearly double its defense spending over the next five years and deploy missiles capable of hitting military targets in other countries for the first time.

Japan and the UK also signed an agreement to enhance security cooperation.

Japan and the UK yesterday also signed an agreement to expand security cooperation in the Asia-Pacific region.

British officials say it is “the most important defense agreement between the two countries in over a century”.

The Swedish Ambassador was summoned to the Ministry of Foreign Affairs. ...