The UN removes Iran from the Commission on the Status of Women. News headlines and events Last Minute Russia 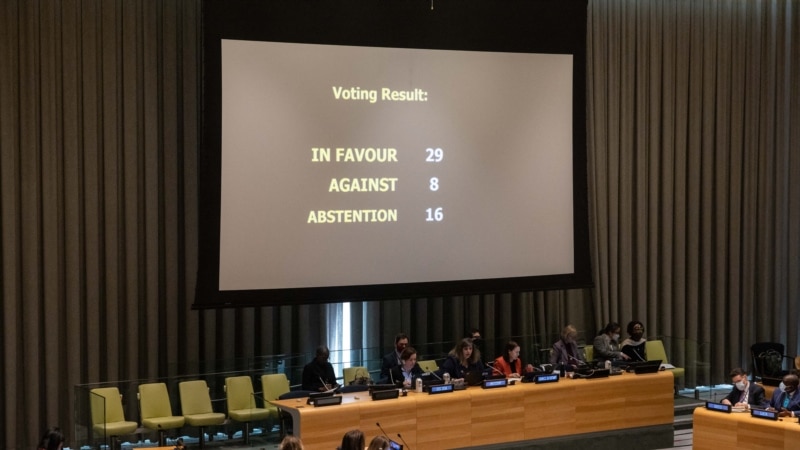 Iran’s exclusion from the UN Commission on the Status of Women (CSW), which advocates for the equality of women around the world and works to advance women and women’s rights around the world, was unanimously approved by the members of the United Nations Economic and Social Council (ECOSOC). .

29 members of the UN Economic and Social Council, which has a total of 54 members, voted in favor of the US bill, 8 countries voted against. 16 countries abstained.

According to the adopted resolution, Iran, elected as a member of the commission until 2026, will immediately terminate its membership in the UN Commission on the Status of Women.
Afghanistan, a council member, did not vote. Bolivia, China, Kazakhstan, Nicaragua, Nigeria, Oman, Russia and Zimbabwe voted against the resolution.

USA: “Today the black mark was removed from the commission”

Linda Thomas Greenfield, the United States Permanent Representative to the UN who presented the resolution to the council, said that Iranian women, girls and the Iranian people have come together to stand by the Iranian people, and that after the death of Mahsa Amini, tens of thousands of Iranians have said enough is enough.

At a press conference after the vote, Greenfield said: “The people of Iran took to the streets for the life and freedom of women, their voices were heard. The Iranian government responded with brutality and violence. The government and security forces shot and killed civilians. They tortured the protesters. They executed the detainees. But Iran. She still wants to be on this women’s commission,” she said.

Greenfield, describing Iran’s presence in the UN Commission on the Status of Women as a “blot,” said: “Iran’s membership directly undermines the work of the commission. Iran’s membership in this commission was a stain on our authority. Today we have removed this black mark.”

Erdogan’s offer to Putin! Will the Syria-Turkey-Russia trilogy be accepted?