The UK healthcare system is under a lot of pressure. Last Minute EUROPE, CURRENT, UK, HEALTH, health headlines and events 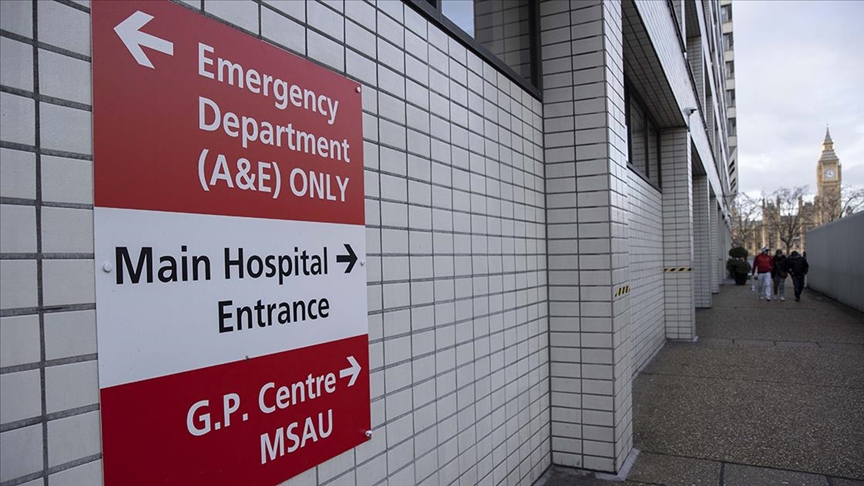 In England, shortages of staff in hospitals, waiting in emergency rooms, shortcomings in welfare services, strikes against long hours have blocked the health sector in every way.

Countrywide some hospitals Declaring that it cannot continue its normal operation due to excessive demand, a “state of emergency” has been declared.

According to the British Medical Association (BMA), the burden on the healthcare system is “unbearable and unsustainable”.stating that “urged the government to act immediately and take immediate action.

Representing healthcare professionals in the UK Unite Chief Negotiator Onay Kasabmade statements about the crisis in the health care system, the ongoing strikes throughout the country and the negotiation process with the government.

Noting that “patients’ lives are at risk on a daily basis” due to the health crisis, Kasab said they are collecting data from various institutions on health system staffing shortages and deaths in emergency services. Noting that in the state of 133 thousand medical staff there is a vacancy only in England, Kasab noted that there is also data on the number of patients who died due to the fact that they could not receive the necessary and sufficient care.

Kasab said: “We are seeing an above-normal number of deaths. We mean people who should not die under normal conditions, but they do. We started with numbers where 300 to 500 people died, and today there are reports that it could be even higher. So these are people who shouldn’t lose their lives under normal circumstances.” used his words.

Referring to the meetings they had with medical professionals about the crisis in the system, Kasab continued as follows:

“We spoke to nurses who come home every day and cry because, despite their best efforts, they cannot provide the care they need, and sometimes work 18-hour shifts, much longer than their usual working hours. We have members (medical workers) who rely on food banks because they can no longer pay rent. When you walk in, that probably explains a lot of how people say yes to strikes.” Noting that their last meeting with Health Secretary Steve Barclay was not successful, Kasab said the government did not want to discuss the issue of a pay increase.

“There was nothing on the table about a salary increase proposal. What angered and outraged me was that they wanted to talk about the productivity and efficiency of health workers. I just don’t see how a nurse working 18 hours can be more productive,” Kasab said. said.

Pointing out that general practitioners and physiotherapists may also go on strike in the coming days, Kasab said that not only the healthcare system, but many workers in various sectors across the country want to go on strike.

Emphasizing that the only reason EMS workers went on strike, emergency medicine specialist Scott Taylor believes the pay raise disagreement is not the only reason. he said. Calling on the government to provide the financial support the healthcare system needs, Taylor said: “Part of that is to increase funding not only for our salaries, but also for the services available inside and outside the hospital because the whole system is in trouble. right now, and as a result, all of this is putting pressure on us.” used the phrase.

Scott had this to say about hospital emergency room density and patient wait times:

Responding to claims by government officials accusing emergency workers of putting patients’ lives at risk, Taylor said: “(Except for strike days). Currently, people cannot get ambulance services and are still waiting for medical services. those who risk the lives of patients (strike). Patients’ lives are already in danger. Under. We are also on strike to draw attention to this issue.” used the phrase.

Declaring that many people around her had gone abroad for treatment and shared it on her social media accounts, Taylor said:

“Some of them go abroad for cosmetic reasons that the NHS cannot afford. So I understand that some people probably prefer the cheaper option. However, some people I know have not been able to get dental treatment on the NHS, and this forced them to move abroad.” because they would have to go to private hospitals in England. They had to go abroad to get private dental treatment because it was cheaper. Either they couldn’t get treatment in the NHS or because their waiting list was too long, and they needed urgent help going on.”

“The emergency services have a long wait. People are fed up”

Olin, one of the patients who went to the emergency department of University College London (UCL) hospital in the capital London for treatment, said she fully supported the medical workers’ strike, but expressed that the situation was very difficult given the importance of medical care in a person’s life.

Noting that the government should listen to the demands of unions representing health workers, Olene said: “Obviously neither side will get exactly what they want, but I support both sides in finding a compromise.” said.

Regarding the situation in the emergency services, Olene gave the following assessments:

“Long wait. People are a little tired. So I have older family members and they complained about this at Christmas, but it has to be overcome. Frankly, no one wants the strikes to continue, and everyone is fed up with it. I’m very tired of it, because besides the doctors’ strike, in the railroad, “There’s also a strike of their workers. It seems like the whole country is on strike. So it’s become quite difficult to have a normal life and routine.”

“I have several friends who are nurses. To be honest, I fully support them and the many unions that are on strike at the same time. It is clear that the state funding that should have been allocated to key industries was not actually received. However, Rishi Sunak, who travels by private jet (British Prime Minister), refuses to say if he gets private healthcare. If you’re going to be in control of the NHS’s finances, you definitely need to be able to answer a question as simple as how do you have private healthcare. “.

Pointing out that the health workers’ strike is the most important of the other sectors on strike, William said: “Right now (British Postal Service) Royal Mail workers are also on strike, but I can definitely say that strikes in the health services, because if there is a problem with the ambulance assistance, the ambulance arrives 1 hour late. It causes suffering. Unfortunately, because of this, someone can die. used his words.

The leader of the struggle for freedom, Dr. Remembered with a ...