The sign of the ground operation in northern Syria from Erdogan. News headlines and events Last Minute Russia 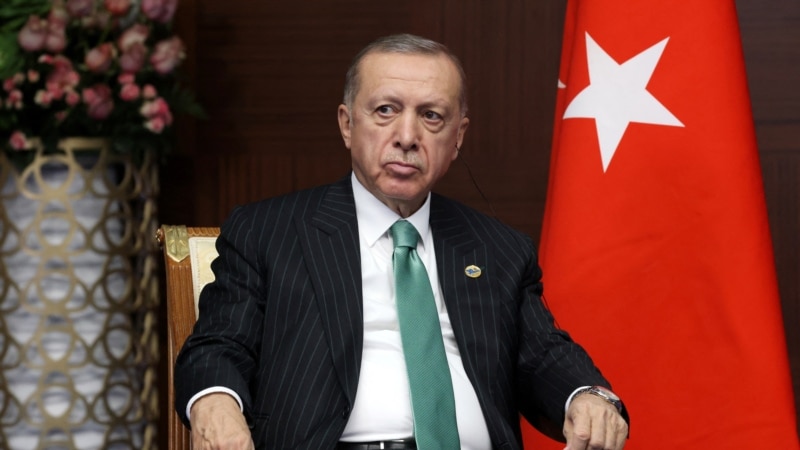 Answering questions from reporters upon his return from Qatar, where he watched the opening match of the 2022 World Cup, Erdogan said that the operation, which was carried out at a depth of 140 kilometers in northern Iraq and 20 kilometers in Syria, was a success. completed.

“It is possible that this will be limited to the air campaign only.”

In response to journalists’ questions, saying that this operation was planned, the President said that the fight against terrorism cannot be limited to air operations, and gave the signal for a ground operation.

“Firstly, this operation in the north of Iraq and Syria is not an operation that was carried out chaotically – it is interesting who will say what, how it will happen. As we have said, if someone violates our country and our lands, we will make them pay the price. The fact is that in our south there are terrorist organizations that plan a lot of terrorist attacks or carry out such attacks and pose a threat. This is on the Iraqi side, this is on the Syrian side. As I always say, when we said, “We can come suddenly one night,” we didn’t say it in vain, of course. Because these steps were taken as soon as the expected, scheduled, and scheduled hour arrived. As a matter of fact, the operation performed last night was the full manifestation of this. Because neutralizing these terrorist organizations and destroying them is the inalienable duty of our security forces right now. And it’s not just limited to the air campaign. How many forces of the Ground Forces should be involved here; our respective units, our Department of Defense and our General Staff decide together; We hold our consultations and then take appropriate steps,” he said.

“We haven’t had any conversations with Mr. Biden or Mr. Putin regarding this operation.”

Erdogan said Turkey did not inform the US and Russia about the air operation carried out against Syria and northern Iraq on Sunday.

The President said: “We have not had any meetings with Mr. Biden or Mr. Putin about this operation. But both Mr. Biden and Mr. Putin already know that we can do such things in this region at any time. In fact, as in this case, we always say, we can come suddenly one night… Turkish Security Organization, we don’t work without permission. If we are going to take a step, we decide it and take that step too. America should know about us now. He probably knows. I hope all of them will see us take more decisive steps in the next process,” he said.

“We regret that the United States has sent thousands of vehicles, weapons and ammunition to the terror zone in Syria.”

After the bombing on Istiklal Street, Interior Minister Suleyman Soylu said: “We do not accept condolences from the US Embassy. Accepting US President Joe Biden’s condolences in Indonesia after saying “Our union should be discussed,” President Erdogan reiterated that he did not like US support for the PYD/YPG.

The President said, “Our natural sadness is this; we are together with America in NATO. However, thousands of tools, equipment, ammunition, weapons, unfortunately, America sent all this to the terror zone in Syria. This number has been around since the Obama era, continued into the Trump era, and continues under Biden. So we shared with them? Yes, we shared. I shared them with Mr. Obama, I shared them with Mr. Trump, and I shared them with Mr. Biden. They said, “You are causing us problems by giving this support to the terrorist organizations here.” Of course, we cannot live with these problems. When necessary, we will have to give the right answer to them,” I said. Of course they can’t say anything. We have done what is necessary at the moment, we are doing and will do in the future. We can never make concessions from here, because such concessions are a problem for our country,” he said.

“Russia does not take responsibility for the cleansing of terrorists”

Erdogan, who has also been critical of Russia, said the agreement signed in Sochi on 22 October 2019 is not being implemented.

“We also have an agreement with the Russians concluded in Sochi in 2019. They were obliged to clear the territory from terrorists. Unfortunately, even though we reminded them many times, they didn’t, they can’t. We said that we would not be silent against them, and that we would take action against the terrorists there if they could not do it themselves. As part of this, we neutralized 12 targets against terrorists nesting in Kobani yesterday by hitting them. There are no threats here. There is continuity in this operation. We did everything that was necessary, by land and by air. We will do it next time,” he said.

Article 6 of the Sochi Agreement called for the removal of YPG elements from Manbij and Tel Rifat. Turkey has long said that the requirements of this article have not been met.

News of the “Ministry of the Turks abroad” from the CHP. ...