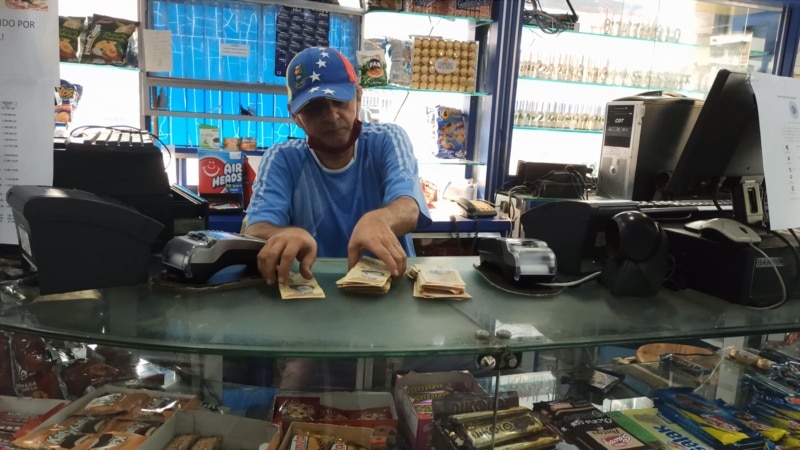 In a country where prices are fully pegged to the dollar, the appreciation of the exchange rate is directly reflected in the mark prices, and this situation affects the approximately 2.5 million civil servants and 5 million pensioners who are paid in the national currency bolivar. Research called “Encovi”, conducted by various universities in the country, shows that 4 out of 10 people reduce the number of daily meals from three to two.

Foreign exchange and corporate finance expert Luis Crespo says the Central Bank of Venezuela (BCV) has injected $155 million into the markets every week to quell the exchange rate for 9 months, but the lack of foreign exchange intervention from the bank in recent times of the week is the main reason for the rate increase.

In an interview with the Turkish Voice of America, Crespo said that the Central Bank of Venezuela did not inject dollars into the markets for two weeks: “One of the hypotheses is that the government allowed the national currency to devalue to reduce the value (at the end of the year) of the bolivars. issued to employees and pensioners. “Another hypothesis is that BCV no longer has sufficient reserves to intervene in the market.”

Gold inventories, which stood at 360 tons in 2013, when Nicolás Maduro took office, fell to 79 tons last year, the lowest level in fifty years, according to official figures.

Crespo said: “The appreciation of the dollar also increases inflation in the country. Growth has been achieved in some sectors in 2022, but issues such as high inflation, a rising exchange rate and a rise in liquidity of up to 13 percent continue to fuel the financial imbalance in the country.

Studies show that one in four people in the country today are in need of humanitarian assistance because they cannot meet their basic needs due to the unstoppable exchange rate appreciation and high inflation since 2015.

The US is in touch with Russia for Griner and Whelan news. ...