The news “The genocide against the Uyghurs continues for 6 years.” Last Minute WORLD headlines and events 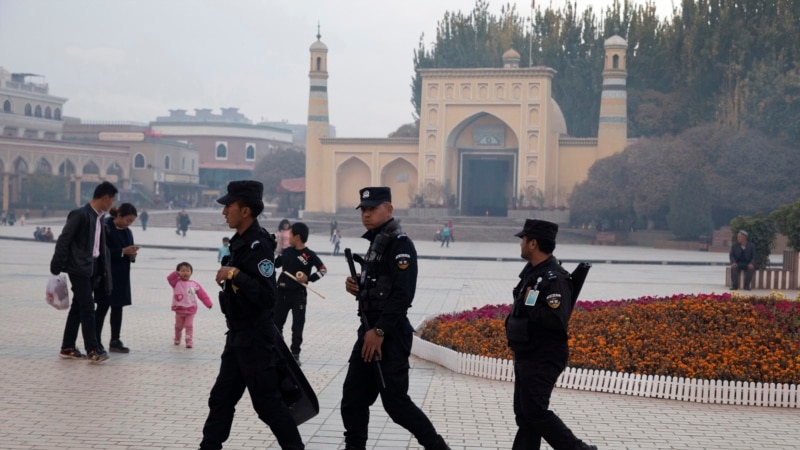 From the public’s point of view, there is no change in Xinjiang or the East Turkestan region of China, where the Uyghurs live.

The policy of repression against the Uyghurs continues, which some countries, including the United States, call “genocide”.

Complaints of human rights violations, from allegations of torture to sexual assault and brainwashing, have not stopped in what China calls training camps but where Uyghurs are forcibly detained.

Omer Kanat, director of the Uyghur Human Rights Project and chairman of the World Uyghur Congress, said that the genocide in Xinjiang has been going on for 6 years.

Speaking at a panel at the CSIS think tank in Washington, Kanat said that since 2017, implementers have begun gathering in camps.

Kanat recalled the findings of the Special Uyghur Tribunal in London and said, “According to the conclusion of the Special Uyghur Tribunal, the Chinese government continues to commit genocide and crimes against humanity. The court considered the testimony of 500 eyewitnesses, interviewed 30 people and 40 experts who were kept in the camps and managed to leave China. 100 thousand pages of documents were viewed. There was not even a sign that the persecution had stopped. Sexual and physical torture, separation of children from their parents and their placement in state orphanages, and long prison terms for imams continue. We have also identified thousands of cases despite the government’s strict privacy policy. In its opinion, the court also included forced sterilization, forced abortion, and forced birth control.”

Recalling that the United States recognized what was done against the Uyghurs last year as genocide, Kanat emphasized that 10 parliaments around the world characterized the events as genocide, and that despite the steps taken in this regard, nothing has changed in East Turkestan.

The Turkish Grand National Assembly is not among the 10 parliaments under consideration.

Noting that East Turkestans are increasingly being forced to marry Chinese, Omer Kanat said people are being driven out of East Turkistan and forced to work in factories in China. According to Kanat, this is a government-sponsored policy of enslaving the entire society.

Speaking at a panel with Kanat, Department of Homeland Security Under Secretary of State for Strategy, Policy, and Planning Robert Silvers spoke about the steps Washington has taken against forced labor, especially in Xinjiang.

Recalling the Forced Labor Prevention Act passed by Congress last year on this issue, Silvers said they have come a long way, but the support of both global companies and the international community is important in this regard.

“We don’t want forced labor products to be imported into any country,” Silvers said. “It’s not just about America. We are actively coordinating our actions with our allies and partners. We America have a lot of bargaining power, but if we only enforce such laws, it comes with a number of risks. There is a risk of bilateral work in international markets. The carrier cannot come to America because of the forced labor product he is transporting, but sells his product to another market or company and continues to profit from it. If we do not make these efforts multilateral, they will not succeed,” he said.

THY has canceled some of its flights to Brussels due to strike ...

News of the world champion of Argentina. News headlines and events ...