The news “Tanks donated by the West will not change anything.” Last Minute GERMANY, UK, Russia headlines and events 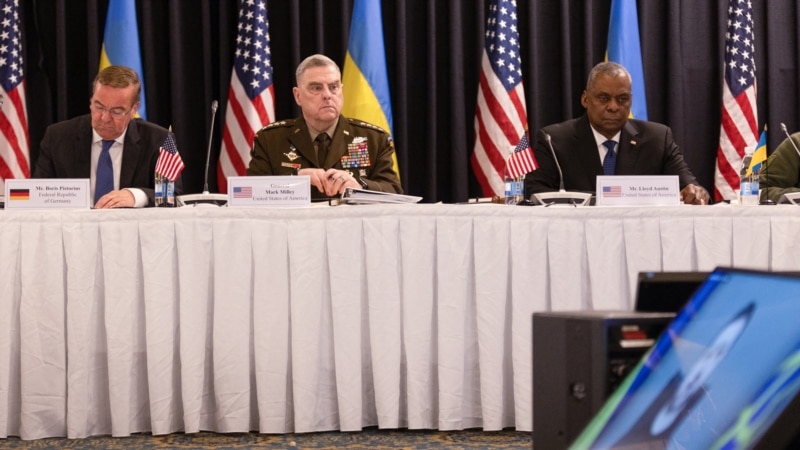 Today, the Kremlin received a statement regarding a meeting of defense ministers and chiefs of staff of NATO member countries at the Ramstein airbase in Germany to discuss military assistance to Ukraine. The statement stated that the supply of additional tanks to Ukraine by Western countries would not change the course of the war and that the West would regret the “mistake” that Ukraine was able to achieve victory on the battlefield.

Kremlin spokesman Dmitry Peskov said: “We have repeatedly repeated that the supply of such equipment to Ukraine will not fundamentally change anything, on the contrary, it will exacerbate the problems of Ukraine and the Ukrainian people.”

Answering the question whether the supply of high-tech weapons to Ukraine means an escalation of the conflict, Peskov said: “We see an increase in the indirect, and sometimes even direct participation of NATO countries in this conflict. We note the commitment to the misconception that Ukraine “This is a dramatic mistake that Western society will regret,” he said.

Kulikov noted that the efforts of the West will eventually lead to “the complete destruction of Ukraine.”

Peskov noted that the way to prevent escalation is to listen to the strategic concerns expressed by Russia at the end of 2021, before the start of the war.

Russia’s statement that “we captured Klishchevka near Bakhmut”

A statement issued today by the Russian Defense Ministry claimed that Russian forces had captured Klishchevka, located south of Bakhmut in the Donetsk region of Ukraine.

Last week, Russian forces took control of Soledar northeast of Bakhmut, and defense experts noted that this reinforcement could increase pressure on Bakhmut.

The Russian Defense Ministry noted that Klishchevka, which had a population of about 400 before the war, was captured with the support of aviation.

Bakhmut is located 9 kilometers north of the village of Klishchevka, where units of the private Russian paramilitary group Wagner have been fighting Ukrainian forces for months.

Another Russian militia, stationed in both the Wagner and Donetsk regions, claimed to have captured Klishchevka. The Reuters news agency was unable to independently verify the development of the situation on the battlefield.

“German intelligence is concerned about the loss of Ukrainian forces in Bakhmut.

In a report published today by the German news magazine Der Spiegel, it is reported that the German Foreign Intelligence Agency (BND) is concerned about the losses suffered by the Ukrainian army in the battles against Russia in Bakhmut in the east of the country.

Der Spiegel wrote that the BND intelligence agency told a secret meeting this week to a group of German parliamentarians dealing with security issues that the Ukrainian army is losing three-digit numbers of soldiers daily.

According to Der Spiegel News, the BND warned that the capture of Bakhmut by Russian troops would have serious consequences and noted that this would allow Russia to move forward. German media also noted that the BND reported that the Russian army sent its soldiers to their deaths in Bakhmut.

Jens Laerke of the United Nations Office for the Coordination of Humanitarian Affairs (OCHA) said that a convoy of three trucks carrying about 800 people had reached an area near Soledar in the Donetsk region in eastern Ukraine. Thus, in an effort to expedite aid to the war front, OCHA provided first aid to the region.

Saying that the trucks came from the Dnieper, Laerke did not explain where the humanitarian materials were delivered from.

The OCHA official also did not elaborate on how they ensured the security of the UN convoy with humanitarian aid, noting only that the conflicting parties were notified in advance of the passage of the convoy.

Laerke said they are looking for ways to bring more aid to the front lines in the coming days.

The UK has announced that it has joined an international partnership aimed at holding Russia responsible for the invasion of Ukraine.

A British government statement said that the UK was invited to this group by Ukraine, and the participation of other G7 countries was also encouraged.

British Foreign Secretary James Cleverley said: “This atrocity must not go unpunished”, referring to the fact that millions of Ukrainians were forced to leave their homeland and that many soldiers and civilians died.

“That is why the UK accepted Ukraine’s invitation to join this coalition. We will offer our legal expertise to consider options to ensure that Russian leaders are held fully accountable for their actions,” Cleverley said.

The statement notes that the UK’s involvement will help assess the feasibility of establishing a new “hybrid” criminal court. It was stated that the integration of the specified criminal court into the national judicial system of Ukraine, together with international elements, would be discussed.

News of Paris at the top of the world’s most powerful tourist ...