The latest news is that the EU is preparing new sanctions against Russia. Last Minute France, Russia headlines and events 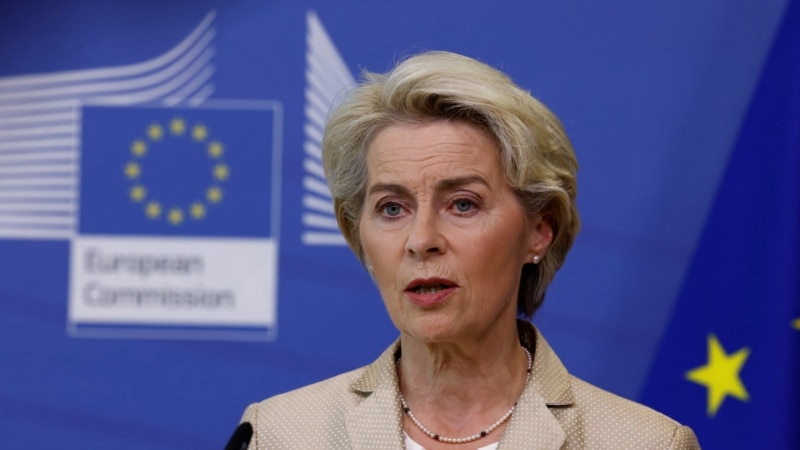 European Commission President Ursula von der Leyen said during her visit to Finland today that the European Union is resolutely continuing to prepare the ninth package of sanctions against Russia in response to Moscow’s attack on Ukraine.

“We are working hard to strike at a sore spot in Russia, further weakening its ability to wage war with Ukraine, and today I can announce that we are working at full speed on the ninth package of sanctions,” Ursula von der Leyen said.

“I am sure that very soon, together with the G7 countries and our other major partners, we will approve a global price ceiling for Russian oil. We will not rest until Ukraine defeats Putin and his illegal and barbaric war,” the head of state said. President of the European Commission.

Von der Leyen did not share details of the new EU sanctions.

Last month, the European Union completed its eighth round of sanctions against Russia for its invasion of Ukraine, including further restrictions on trade in steel and technology products.

At a joint press conference with the Prime Ministers of Finland and Estonia and Deputy Prime Minister of Sweden Ursula von der Leyen said that Russian attacks on Ukrainian civilian infrastructure, such as electricity, constitute war crimes.

The President of the European Commission added: “I know that our Ukrainian friends will also overcome this strategy, because they are strong, their cause is justified, and we, as the EU, support them at any cost in these very difficult times.”

The decision is largely symbolic, as there is no legal framework in the European Union to support this decision. The EU has imposed unprecedented sanctions against Russia for its invasion of Ukraine.

Russia denies it deliberately targeted civilians in Ukraine, but admits it has launched a campaign of attacks on electricity and other infrastructure, which Moscow claims is aimed at reducing Kyiv’s combat capability and forcing it into negotiations.

Meanwhile, the European Parliament today backed a proposal for a new €18bn European bailout for Ukraine for 2023, which was blocked by Hungary, which is in conflict with Brussels.

In a vote held at the General Assembly of the European Parliament in Strasbourg, the aid was accepted by 507 votes against 38. 26 deputies abstained.

The decision must also be approved by the European Council.

Hungary continues to veto this resolution. Hungary will not lift the veto if the EU does not allocate 13.3 billion euros to it, which should be provided.

News of the law on LGBT propaganda in Russia. News headlines ...