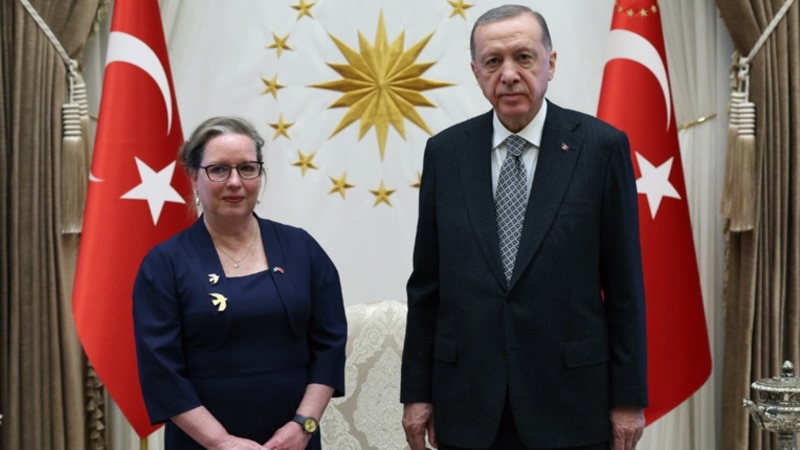 This year, Turkey and Israel began to rebuild relations with high-level visits, including the visit of Israeli President Isaac Herzog to Ankara. The two leaders agreed to appoint mutual ambassadors in August.

In Israel’s general elections last month, although Benjamin Netanyahu was set to be prime minister again, Erdogan and Netanyahu agreed to work together to start a new era in a relationship based on mutual interests.

Irit Lilian, who has been Israel’s charge d’affaires in Ankara since January 2021, presented her credentials to Erdogan and became Israel’s ambassador to Ankara.

Lilian later said in a statement on her Twitter account, “I had a very emotional moment this afternoon when I presented my credentials to the President of the Republic of Turkey. In the coming period, we expect much more positive developments in bilateral relations,” he said.

Israeli President Herzog also shared a video and a message in Turkish on Twitter, expressing his satisfaction with the process.

Herzog said it was very impressive to hear the Israeli national anthem again as president in Ankara; “I look forward to accepting the credentials of the Turkish Ambassador soon. “This is a big step in Israeli-Turkish relations,” he said.

Relations between Turkey and Israel deteriorated in 2010 when 10 Turkish citizens were killed when Israeli soldiers attacked the aid ship Mavi Marmara. Israel reacted in the same way after Turkey decided to recall its ambassador.

Diplomatic relations were restored in 2016, but two years later Turkey withdrew its ambassador to Israel after Israeli forces opened fire on Palestinians during protests in the Gaza Strip, killing 60 demonstrators.

Israel responded in kind. Since then, the charge d’affaires of the two countries have held leadership positions.

What information did the German spy leak to Russia? News. ...

Oil prices at the peak of the last three weeks. Last ...