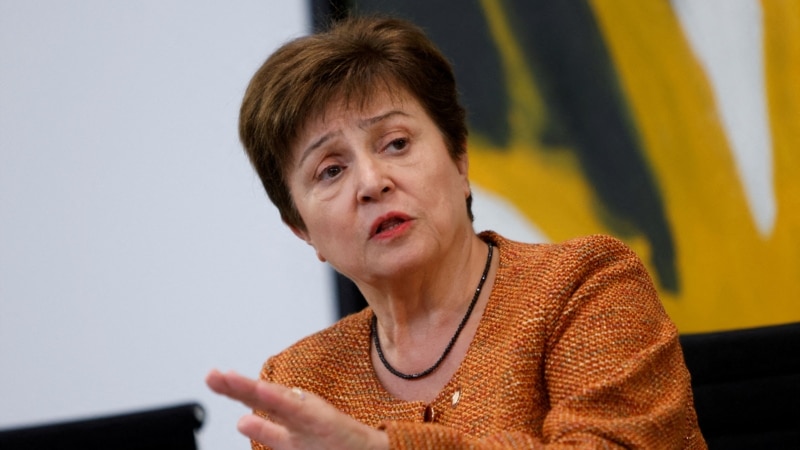 International Monetary Fund (IMF) President Kristalina Georgieva said they have not changed their global growth forecast of 2.7 percent for 2023, that fears of rising oil prices have not materialized and that the labor market remains strong.

Georgieva reiterated her view that 2023 will be a difficult year for the global economy, but noted that they do not expect another year of downgrades like last year, barring unforeseen events.

“Growth will continue to slow down in 2023. The more positive part of the picture is the resilience of labor markets. While people are working, even when prices are high, people are spending money, which helps productivity,” Georgieva told reporters at an IMF meeting. Headquarters in Washington, he said.

In his statements, the IMF President also drew attention to China’s contribution to global economic growth.

He stated that they predict that China, which previously contributed roughly 35 to 40 percent of global growth, will again contribute positively to global growth from the middle of this year as it reverses its “COVID zero” policy.

“Now we live in a world more open to shocks”

Georgieva said a recession is expected in the US, the world’s largest economy, in 2023, but this recession can be prevented. However, Georgieva also pointed out that there are risks, such as a possible climate event, a major cyberattack, or Russia’s use of nuclear weapons in the war in Ukraine.

“Now we live in a world that is more open to shocks, and we need to keep an open mind that the risk that we did not consider may return. The unthinkable happened twice,” said the IMF Managing Director.

Highlighting concerns about growing social unrest in Brazil, Peru and elsewhere, as well as the uncertainty about the impact of tightening fiscal conditions, Georgieva added that inflation remains “stubborn” and central banks must continue to seek price stability.

“Puppet” statement of the Minister of Foreign Affairs of Sweden. Top ...