The health system in Germany warns of the news. Last Minute GERMANY, Russia headlines and events 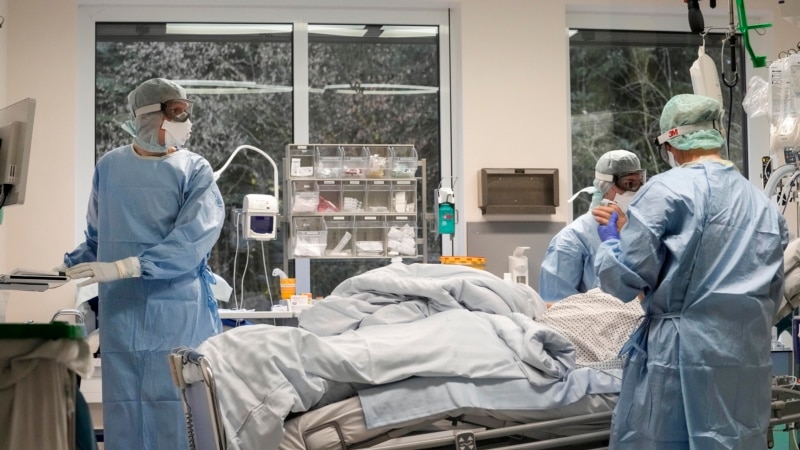 BERLIN. Germany’s healthcare system is on the brink of a crisis in Germany, which is facing an energy challenge and the threat of inflation as it enters the post-war winter months that Russia launched in Ukraine.

In addition to rising influenza cases in the country, an epidemic of the RSV respiratory virus affecting especially children, an increase in cases of COVID-19, there are serious problems with a shortage of personnel and a shortage of medicines.

The German Medical Association, drawing attention to the difficulties in obtaining certain drugs, called on the public to help each other by evaluating unused drugs in first-aid kits.

The Federal Institute of Medicine has announced that 311 medicines are currently unavailable to pharmacies.

Declaring that disruptions in the supply chain that began during the pandemic had not been overcome, but rather intensified, the authorities announced that shortages of medicines had begun in almost all areas.

Antibiotics, cancer, diabetes and blood pressure medications, as well as pain relievers commonly used in Germany, such as ibuprofen, are among the drugs on the list.

The reason for the drug crisis is the lack of supplies from East Asian countries such as India and China. Many German pharmaceutical companies have shifted drug production to these countries in recent years due to high costs. In 2021, Germany imported about 3 billion euros worth of medical and pharmaceutical products from China alone. However, after the closure of factories in China due to the Corona virus, the supply of medicines froze, and problems in the supply chain could not be overcome.

In the meantime, it is stated that children’s cough syrups are among those that cannot be found in pharmacies, and the RSV respiratory virus, which mainly affects young children, makes the situation even more critical.

Due to the respiratory syncytial virus (RSV), which affects children under two years of age, the intensive care units of many children’s hospitals are overcrowded. He states that because some hospitals are overbooked, pediatric patients are being transferred to other hospitals that are farther away, and that children requiring surgery in some emergencies have to wait up to three days.

This situation, which caused outrage among parents, is interpreted as the result of the negative course of the years in the German healthcare system, especially in hospitals.

Hope for the medical staff who will come from abroad

The economic problems in hospitals and the resulting shortage of staff are at alarming levels.

For years, unions and healthcare workers have raised the issue of a shortage of staff in various departments, including intensive care units, in four out of every five hospitals in Germany.

The figures show a deficit of 300,000 people in the health sector. According to the German Association of Health Insurance Physicians, the shortage of doctors alone is about 6,300, and it is estimated that the shortage will increase to 10,000 by 2030 if measures are not taken. The growing shortage of doctors, nurses and healthcare workers is a testament to the importance of foreign labor to the healthcare system.

Under the Skilled Labor Migration Law, which came into force in 2020 under former Chancellor Angela Merkel and is still in force today, doctors and other medical personnel from outside the EU can work immediately if they sign an employment contract with a company based in in Germany. before they leave for Germany.

The law also allows you to come to Germany to work or look for work without concluding an employment contract. The mentioned skilled workers can go to Germany in search of work and stay there for up to 6 months with a temporary residence permit, without a specific job offer.

The coalition government currently in power is also seeking to fill a growing labor shortage in health care and other sectors by facilitating the arrival of foreign immigrants in the country.

The German Hospital Association said the medical staff had been reduced by 9-10 percent and said: “This means that almost one in ten employees is sick.”

The experts also pointed to the shortage of qualified personnel to work in the health system and pointed out that hundreds of thousands of pensioners every year cannot be replaced.

Germany’s healthcare system, alarmed by the pandemic, is getting worse every day. The hospital stay is getting longer every day. A shortage of doctors and caregivers leads to incomplete or inappropriate treatment of patients. Complaints are on the rise from hospitals that are on the brink of bankruptcy due to the energy crisis. Aware of the situation, Germany demands urgent action.

The German Society for Intensive Care and Emergency Medicine (Divi) has announced that it is facing a “catastrophic situation” in pediatric intensive care units. “If a newborn is admitted to a virtually overcrowded children’s hospital, a three-year-old child who needs urgent heart surgery has to wait three days,” the report says. “Children are dying because we can no longer take care of them,” said Michael Sasse, a medical specialist from Hannover.

The German Association for Intensive Care and Emergency Care (DIVI) has indicated that the intensive care units of many children’s hospitals are overcrowded due to the PBC epidemic in the country. Professor Gerd Horneff, on the other hand, said that the burden of pediatricians had become very heavy.

It was stated that due to tensions in intensive care units, patients were transferred to other hospitals more than 100 kilometers away, and children who needed to be operated on in some emergencies had to wait for three days. .

Pointing out that children remain in the emergency room for several days due to overcrowded rooms, Sasse said: “The situation was already serious. The latest wave of respiratory tract infections has worsened the situation.”

“Quality care in hospitals is no longer possible”

On the other hand, due to staff shortages, it was announced that the number of beds in pediatric intensive care was 40 percent less than it should be. It is not expected that a solution to the situation will be found in the short term.

The LMAN Nursing Association (DBfK) also issued a statement yesterday to draw attention to the health situation. DBfK President Christel Binstein said that unless reforms are made, nursing in the country will no longer be sustainable. Noting that hospitals are short of 200,000 full-time nurses and carers, Binstein said, “Safe and quality care is no longer possible, especially in hospitals.”

As Russia continues its attacks on Ukrainian infrastructure, the news is Passenger ...