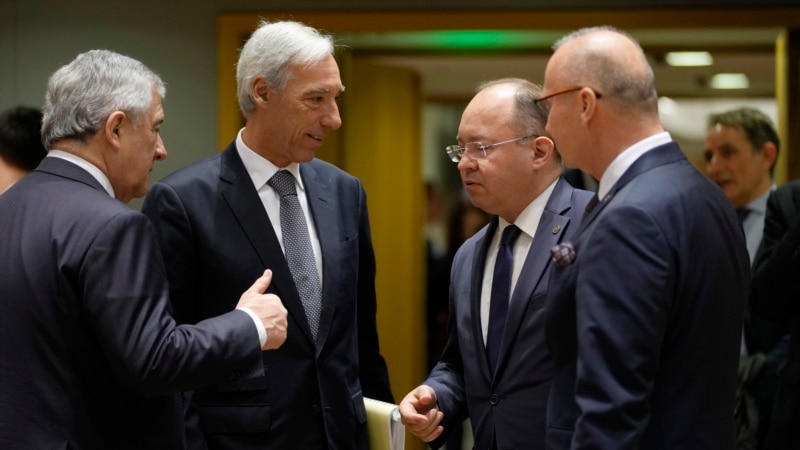 EU foreign ministers met in Brussels ahead of an extraordinary EU summit to be held on February 9-10. At the meeting, an agreement was reached on a new package of military assistance to Ukraine.

The seventh EU aid package for Ukraine arrived after a meeting of foreign ministers from 27 countries in Brussels. Finally, last week Western countries failed to send battle tanks to Ukraine, but promised billions of dollars of support.

Swedish and Czech officials said their foreign ministers have approved an additional 45 million “non-lethal equipment” for the EU military training mission in Ukraine, as well as a €500 million package.

“We resolutely continue to support the Ukrainian armed forces,” the Swedish Presidency of the EU said in a statement.

On the other hand, many of the ministers who came to the meeting said that it was of key importance that Germany gives permission to send Leopard tanks to Ukraine.

German Leopard tanks are used by the armies of various European countries. These tanks are considered one of the ideal tanks for Ukraine fighting against Russian occupation, but Berlin must allow the sale of these tanks. Berlin, on the other hand, is still resisting the issuance of the permit.

“At the moment, there is no good excuse to explain why battle tanks cannot be sent,” Latvian Foreign Minister Edgars Rinkevics said after arriving for the meeting in Brussels.

The EU diplomat said Germany did not like being pressured and warned that it might not be constructive.

German Foreign Minister Annalena Berbock at a meeting on Sunday

He declined to comment on his comments that Berlin would not interfere with Poland. “It is important to do everything possible to protect Ukraine,” Barbock said simply.

The center-left Social Democratic Party of German Chancellor Olaf Scholz believes that the West should avoid sudden moves that could spark a war. However, many EU allies reject Germany’s position and say Russia is already determined to continue its 11-month occupation of Ukraine.

While the EU is working on the tenth package of sanctions against Russia, Hungary has made it clear to Russia that it is opposed to further sanctions.

Hungarian Foreign Minister Péter Szijjártó said: “All decisions that prolong the war and escalate tensions are contrary to our interests. Sanctions are proven to drive Europe into a dead end.”

WHO calls for $2.54 billion to help those in emergency situations in ...