The EU bans the import of deforestation products. Top news and events in EUROPE 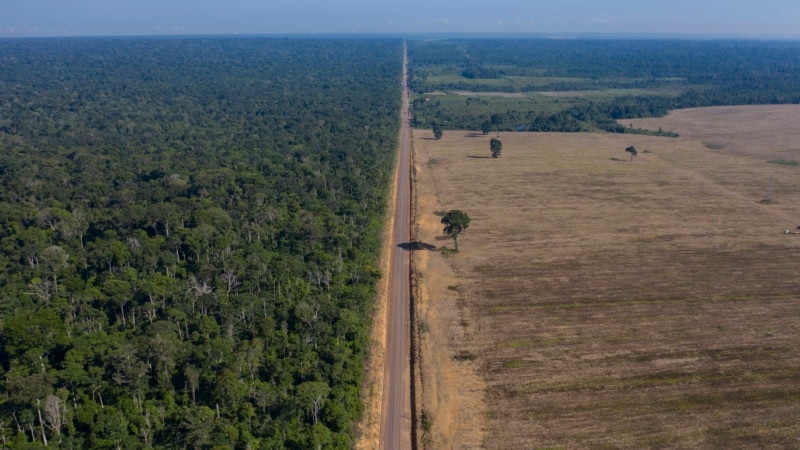 The Europeans agreed to a law that ensured that the coffee they drink, the chocolate they eat, the coal they burn, or the paper in their books “doesn’t destroy forests.”

This morning, the European Parliament and the Member States of the European Union reached an agreement to ban the entry into the EU of products that contribute to deforestation.

According to the agreement, the EU countries from December 31, 2022; It will not import products such as cocoa, coffee, soybeans, palm oil, timber, livestock and rubber from deforested lands, as well as leather, chocolate, furniture, paper and charcoal made from raw materials from these areas.

The European Parliament has reached a preliminary agreement on a new “law on products without deforestation”, which, after lengthy negotiations with representatives of EU member states, “will require the verification and publication of a due diligence statement that its products sold in the Union do not contribute to deforestation or forest degradation anywhere.

The European Parliament proposed to the EU Commission in September last year to expand the list of products included in the text. The AP also called for expanding the scope of the text to include other threatened forest ecosystems such as the “Cerrado savanna” and the financial sector providing loans for deforestation projects.

Under the agreed text, while no country or product is banned, companies will not be allowed to sell their products in the EU without this declaration.

In another application requested by the European Parliament, companies will have to check the compliance of the producing country with laws, including human rights, and ensure that the rights of indigenous peoples are respected.

The new law aims to reassure European consumers that the products they buy do not contribute to deforestation or degradation, including irreplaceable rainforests, thereby reducing the EU’s contribution to global climate change and biodiversity loss.

2 years for other ecosystems and financial sector

Parliament also wanted to include Egypt in this agreement. However, the Commission committed itself to working on this issue two years after the submission of the text.

The same clause has been introduced for expansion in other carbon and biodiversity rich ecosystems such as “peat bogs” and in the financial sector.

The “other ecosystems” strongly demanded by the European Parliament will be included in these bans in 1 year, and the “financial sector”, which provides financial support for deforestation projects, in 2 years.

The AP and the EU also agreed on the condition that the ban should be extended to other forest areas at the latest within a year, such as the Cerrado Savannah between Brazil, Paraguay and Bolivia.

By law, EU authorities will be able to access and control information provided by companies, such as geographic coordinates. For example, they will be able to use satellite tracking tools and DNA analysis to verify the origin of products.

Within 18 months of the entry into force of this regulation, the Commission will classify countries as “low”, “standard” or “high” risk countries and will monitor operators according to the level of country risk.

Sanctions for non-compliance will be proportionate and dissuasive; The maximum amount of fines will be set at at least 4 percent of the total annual turnover of the non-compliant operator or company in the EU.

An area larger than the EU has been cleared

The Food and Agriculture Organization of the United Nations (FAO) estimates that between 1990 and 2020, 420 million hectares of forest were destroyed as a result of “deforestation”, more than the total area of ​​the EU.

The European Parliament also drew attention to these data and stated that approximately 10 percent of the losses are accounted for by products consumed within the EU.
According to the World Wildlife Fund (WWF), the EU is the second US-made forest destroyer after China.

The agreement reached with the member countries will enter into force after its approval at a meeting of the European Council, which will be attended by the General Assembly of the European Parliament and EU leaders.

The new law will enter into force 20 days after its publication in the Official Journal of the EU, and some articles will be annotated after 18 months.

Announcing the news, French MP Pascal Canfin, Chairman of the European Parliament’s Committee on the Environment, said: “This is a first in the world! We have agreed on the world’s first law against imported deforestation! The spectrum extends to rubber, charcoal, palm oil. derivatives. Other ecosystems 1 year, financial sector will be subject to these bans within 2 years. Historic agreement!” shared your message.

Christoph Hansen, MP for the PPE group, rapporteur for the agreement, said: “It wasn’t easy, but before COP15 we reached an ambitious conclusion on biodiversity in Montreal. This important new tool will not only protect the world’s forests, but also protect the rights of indigenous peoples, who are our first allies in the fight against deforestation. Through the law, we have also achieved a much clearer definition of what deforestation is, covering a wide range of areas. I hope this groundbreaking regulation will accelerate the protection of forests around the world and inspire other countries for COP15.”

The decision, taken ahead of the COP15 biodiversity summit to be held in Montreal, was welcomed by environmental organizations.

WWF spokesperson Anke Schulmeister-Oldenhove said: “The EU decision not only changes the rules of the consumption game in Europe, but also creates a huge incentive for other countries to change their practices.”

The war between Ukraine and Russia unites the countries of the EU ...