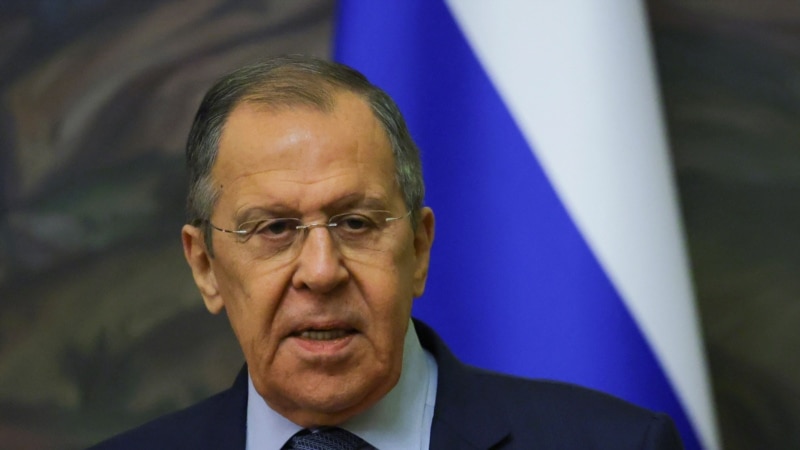 Russian Foreign Minister Sergei Lavrov said they are ready to send troops to the border between the two countries to defuse tensions between Azerbaijan and Armenia, but Yerevan’s tough stance has so far prevented this.

Tensions between Azerbaijan and Armenia have escalated in recent weeks as the only direct route from Armenia to the disputed Nagorno-Karabakh was closed.

Lavrov said that Russia is still ready to send a mission to the Azerbaijani-Armenian border within the framework of the CSTO. Armenia is a member of the Moscow-led organization, while Azerbaijan is not.

However, Yerevan’s previous insistence on condemning Azerbaijan’s position prevented Russia from bringing troops into the region.

“There were difficulties with the situation in Armenia. Our Armenian friends resisted the need to send a CSTO mission to the border with Azerbaijan to stabilize the region,” Lavrov said at today’s press conference.

“We agreed on the parameters of the mission, but it was not possible to accept it, because Armenia insisted on introducing a sharp condemnation of Azerbaijan into the prepared document,” Lavrov said.

Russia, an ally of Armenia, also seeks to maintain good relations with Azerbaijan.

The latest disagreement arose over the closure of the Lachin corridor connecting Armenia with Nagorno-Karabakh. Nagorno-Karabakh, internationally recognized as part of Azerbaijan, is controlled by the majority of its population, ethnic Armenians.

Azerbaijanis who call themselves environmental activists have been blocking the Lachin corridor for more than a month over a dispute over illegal mining in Armenia. Yerevan notes that these people are agitators with the support of the Azerbaijani government.

This stalemate between Azerbaijan and Armenia is seen as a test of Russia’s ability to settle disputes in its backyard.

The Armenian authorities were increasingly outraged by Moscow’s refusal to use peacekeeping forces to unblock the Lachin corridor. Moscow, on the other hand, has criticized Armenia’s attempts to seek European Union mediation to reach an agreement.

“Although we are allies, Armenia prefers to negotiate with the European Union,” Lavrov said today.

The Russian Foreign Minister added that any presence of the European Union in the region without the approval of Baku would not produce any results.

Bolivar lost 58% of its value in three months. Last Minute ...