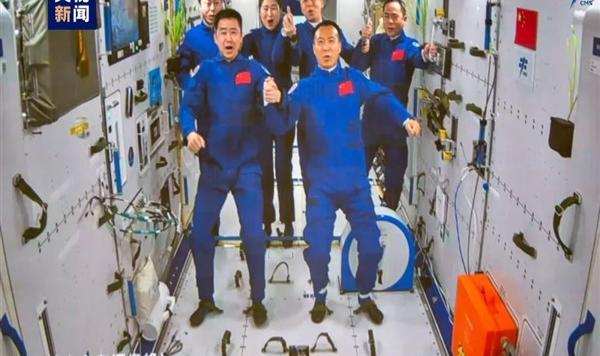 Three astronauts aboard China’s Shenzhou 15 spacecraft arrived at the country’s space station on Wednesday (November 30) and met with the other three astronauts there. This historic meeting brought the number of employees working in the orbital space laboratory to six people for the first time.

Chen Dong, team leader of the Shenzhou-14 spacecraft, opened the hatch at 7:33 am Beijing time. The space station crew of three hugged the other three newcomers and said in unison, “The Chinese space station is really worth seeing,” as they handed the photo together.

This in-space assembly initiates the first crew rotation on China’s orbiting space station, according to the China Manned Space Agency (CMSA). CMSA says the six astronauts will work together for up to five days to complete their planned missions and complete the transfer.

Will Erdogan and Meloni be able to find a common language? ...

260 thousand tons of fertilizer News about donations from Russia to Africa. ...