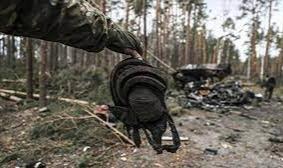 Russia Says “Yes” to Ukraine’s Annexation ReferendumThe Electoral Commission of Russia announced that the referendum on annexation, which was held in the Donetsk, Lugansk, Zaporozhye and Kherson regions of Ukraine, voted “yes”. In eastern Ukraine, in the pro-Russian separatist-controlled Donetsk and Lugansk People’s Republics, a referendum was held on joining Russia in the Zaporozhye and Kherson regions. the international community, according to the first results from the ballot boxes in Russia, votes “for” won. According to Russian news agencies RIA Novosti, TASS and Interfax, the vote count began in Moscow-controlled.