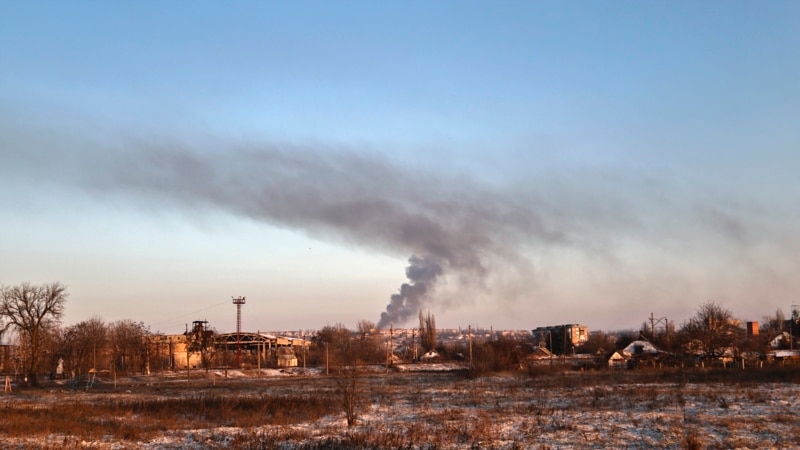 Ukrainian officials, led by Chief of Staff Valery Zaluzhny, have warned that Russia is preparing for a new attack on Ukraine, and it is possible that it will also strike the capital Kyiv.

In the small Ukrainian mining town of Soledar, Ukrainian forces are also fighting off a string of Russian attacks. The British Ministry of Defense said that after the advances made by Russian troops and Wagner Group mercenaries over the past four days, it is now believed that most of the city is under Russian control.

Capturing Soledar would give Russian forces a significant advantage in controlling the town of Bakhmut, a few kilometers to the southwest.

Bakhmut is located on a strategic supply line between the Donetsk and Lugansk regions that make up the Donbass. Control of Bakhmut would provide a platform for Russia’s advance into the two larger cities of Kramatorsk and Slavyansk.

The acquisition of Bakhmut will also bring Russia the success it needs after a series of defeats and setbacks in recent months.

Sergei Cherevaty, a spokesman for Ukraine’s eastern forces, said the Russians had stationed their best Wagner fighters at Soledar and that 86 artillery shells had been fired at Soledar in the last 24 hours.

“Russia uses the tactics of the First World War”

“Basically, this is not a war of the 21st century,” Cherevati said.

President of Ukraine Volodymyr Zelensky, in a video message published last night, said that Bakhmut and Soledar survived despite the destruction. Zelenskiy claimed that the land at Soledar, which had no stone left on top, was littered with the corpses of Russian soldiers.

The Wagner mercenary group, founded by Yevgeny Prigozhin, an ally of Russian President Vladimir Putin, also recruits soldiers from Russian prisons. The group, which plays an active role in conflicts in Africa, also plays a major role in the war in Ukraine.

Prigozhin said on Saturday that Soledar is important because of its mining network. Prigozhin said that crowded groups could hide in these mines at a depth of 100 meters underground, and tanks and combat vehicles could also go underground.

Unexpected visit of the German Foreign Minister to Kharkiv

German Foreign Minister Annalena Berbock also paid a surprise visit to Kharkiv in eastern Ukraine, close to the border with Russia, promising more weapons and “concrete proposals” to support the country’s accession to the European Union.

In a statement ahead of a meeting with Foreign Minister Dmytro Kuleba, Berbock expressed Germany’s support and solidarity with Ukrainians living under Russian occupation and harsh winter conditions.

Following Germany’s decision last week to send combat vehicles to Ukraine, Marder Baerbock promised more weapons, but did not specify which ones.

Burbock noted that one should not forget about Ukraine’s place in Europe and its desire to join the EU.

“Therefore, I would also like to report on the progress made in the accession process,” said the German Foreign Minister.

“We, as a government, want to make very specific proposals to strengthen the rule of law, independent institutions, fight corruption and comply with EU standards in Ukraine,” Barbock said.

British Prime Minister Rishi Sunaka’s spokesman said London has not yet made a final decision on sending tanks to Ukraine. The spokesman noted that the UK will make a decision together with its allies. Last week, Germany, France and the United States promised to send armored vehicles to Ukraine.

NATO Secretary General Jens Stoltenberg said in Brussels today that the military alliance should further step up its support for Ukraine and said Putin’s attempts to divide Western allies have failed.

On the other hand, according to the Russian state news agency TASS, Russia appointed General Alexander Lapin as chief of staff of the ground forces after Yastreb’s criticism of the failures in the war in Ukraine.

Ukrainian soldiers will be trained at a US military base on how ...