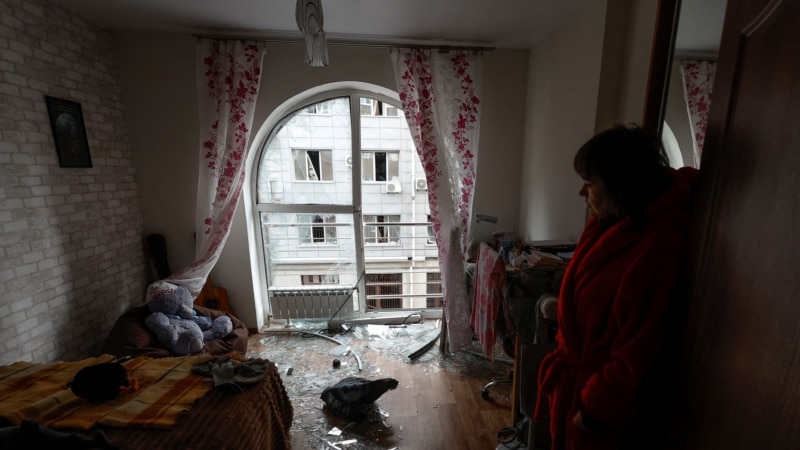 Ukrainian officials said Russia continued to attack Ukraine at night with 16 Iranian-made Shahid SİHA missiles, and that these attacks came a day after dozens of missiles attacked Ukraine’s critical infrastructure.

An eyewitness told Reuters that he heard several explosions and anti-aircraft fire 20 kilometers south of Kyiv. According to an eyewitness, the shelling stopped at dawn, and residents began to go out after day and night incessant shelling.

The Ukrainian army noted that all UAVs were destroyed. Mayor of Kyiv Vitaliy Klitschko said that as a result of the shelling of Kyiv, 7 strikes were carried out on Kyiv, and the administrative building was damaged.

In its daily briefing on the war, the Ukrainian General Staff said that over the past 24 hours, Russia has launched a total of 85 missiles and 35 air strikes, and another 63 strikes from various missile systems.

The Interfax news agency reported that the Russian Defense Ministry announced a “large-scale attack” on the energy and military-industrial infrastructure of Ukraine using high-precision weapons.

The ministry said the shelling disrupted the production and repair of military equipment and restricted the movement of reservists. Ukrainian President Volodymyr Zelensky said the attacks were aimed at energy infrastructure, and most of them were eliminated.

Zelensky noted that “particularly severe” power outage zones are the capital Kyiv, Odessa and Kherson and its environs in the south, as well as Lviv and surrounding areas near the Polish border in the west.

“All the same, this is nothing compared to what we would have faced without our heroic anti-aircraft gunners and air defense,” Zelensky said.

The Ukrainian electricity grid operator Ukrenergo said that the deficit in the Ukrainian energy system is the same as before yesterday’s attacks.

“The impact of the damage on the operation of the power grid turned out to be less than the enemy expected,” Ukrenergo said, but said that the situation in the southern and eastern regions continues to be difficult.

The Ukrainian army also noted that Russia shelled 20 settlements around the city of Bakhmut in eastern Ukraine, and more than 25 settlements were shelled in Kherson and Zaporozhye.

On the other hand, the Kremlin said yesterday that a Ukrainian anti-aircraft missile it claims entered the airspace of its close ally Belarus had caused great concern before being shot down.

The Ukrainian Defense Ministry said the incident was a Russian provocation, but reserves the right to defend its own skies and stands ready to launch an “impartial investigation” into the incident.

The Reuters news agency was unable to independently verify reports of the battlefield.

Putin’s invitation to the President of China

On the other hand, Russian President Vladimir Putin held a videoconference meeting with Chinese President Xi Jinping. Xi is the most powerful world leader who does not condemn Russia’s invasion of Ukraine.

Speaking for 8 minutes with the Chinese leader during a videoconference broadcast on Russian state television, Putin said he expected Xi, whom he called “dear friend”, to make an official visit to Moscow in the spring “to show the world the closeness of the Russian-Chinese relations.”

Putin said he aimed at deepening military cooperation between the two countries.

Speaking for two minutes during the meeting, Xi noted that China is ready to step up its strategic cooperation with Russia amid what he currently calls “challenging” in the world.

“I call on allies to do more. It is in the interests of the security of all of us that Ukraine wins and Putin does not win the war,” Stoltenberg said in an interview with the German news agency DPA.

Stoltenberg also said: “We know that most wars end at the negotiating table. This war is likely to end this way too. But the success of Ukraine in these negotiations depends on the military situation.”

On the other hand, the UK said it had donated 1,000 metal detectors and 100 minefield and bomb disposal kits to Ukraine. British Defense Secretary Ben Wallace said yesterday that the UK will provide £2 billion 300 million in military assistance to Ukraine in 2023. This amount is equal to the amount of aid that the UK has provided to Ukraine this year.

Value-added of patent-intensive industries to exceed 14 trillion yuan in 2021 – ...