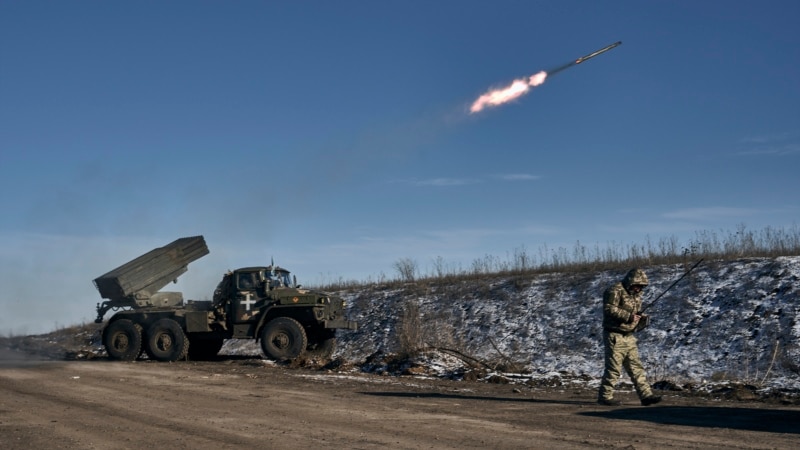 Russia said it had captured the mining town of Soledar in eastern Ukraine. The takeover of Soledar by Russia marks Moscow’s first major success in the war that began on February 24, 2022.

The Russian Ministry of Defense reported that the city, where massive shelling and fierce clashes were carried out, was taken last night.

The statement said that this would help cut off supply lines to the southwestern Ukrainian city of Bakhmut and corner the remaining Ukrainian forces there.

The Reuters news agency has yet to independently verify this claim. In a statement earlier today, Ukraine also said that after a hard night, the soldiers continued their resistance in Soledar. The clashes in Soledar became the bloodiest clashes of the Ukrainian war.

The Ministry of Defense stated in a statement that the capture of Soledar is possible with the help of air and ground bombardments, rocket and artillery fire.

The statement did not mention the role of the Wagner mercenary group, led by Putin ally Yevgeny Prigozhin, in the capture of Soledar.

Earlier this week, Prigozhin reported that Soledar had fallen and that his own group had been conducting the fighting there.

If confirmed, the capture of the city would be the first major success of the Russian army in the war since July.

The news that Soledar had been taken came after the chief of the Russian General Staff, Valery Gerasimov, was appointed direct leader of the war in Ukraine. Some experts believe that this will be a blow to Prigozhin, others that if the war goes badly, the fall will be attributed to Gerasimov.

Both sides suffered heavy losses at the Battle of Soledar.

For Russia, Soledar is one of the obstacles it must overcome in order to capture Bakhmut. Bakhmut is located 10 km southwest of Soledar. The capture of Bakhmut marks another step towards Russia’s goal of capturing the entire Donbas in eastern Ukraine.

Soledar is a city of commercial importance with large salt mines. Soledar can also be used as a warehouse for storing weapons and ammunition out of the reach of Ukrainian missiles.

Ukraine reports that Russia has sent large numbers of troops to the region to wage a senseless war over Soledar, which has been destroyed by bombing.

American officials have said that a Russian victory at Soledar, and even at Bakhmut, 10 times the size of Soledar, from which Russia has so far stayed away, would not make much difference in terms of the overall course of the war.

White House National Security Council strategic communications coordinator John Kirby told reporters at the White House: “If both Bakhmut and Soledar fall into Russian hands, it will not have a strategic impact on the war itself. This will definitely not stop or slow down the Ukrainians,” he said.

broadcast by Voice of America Russia claims to have captured Soledar in the news houra-ber.com editors have no editorial intervention. Russia’s statement about the takeover of Soledar is automatically posted on our website as it comes from the Voice of America website. in this district Russia claims to have captured Soledar The legal addressee of the news is the websites and agencies that published the news.

China is approaching the peak of the COVID-19 outbreak. Last Minute ...