Refusal of the Supreme Court of Sweden to extradite the Kenesh. Last Minute EUROPE, CURRENT, POLITICS, TURKEY headlines and events 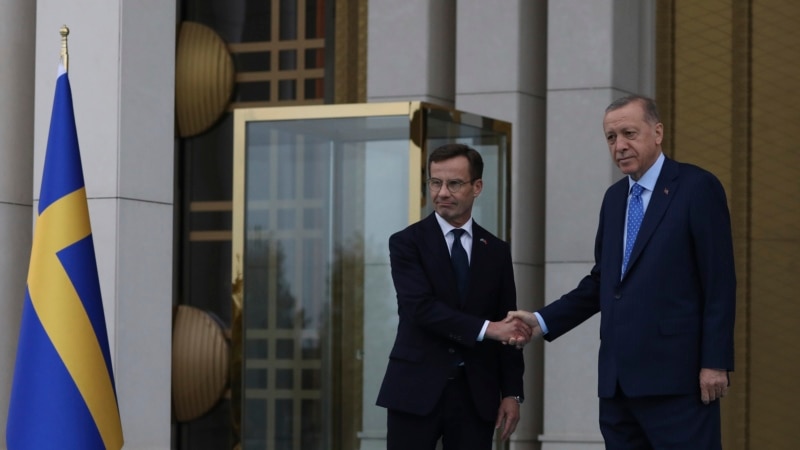 The Swedish Supreme Court today rejected the extradition of former journalist Bülent Kenesh, a fugitive suspect in the FETÖ investigation, whose extradition was requested by Ankara as part of a “terrorist extradition” demand for support of NATO membership.

According to an AFP report, the Swedish Supreme Court has ruled “various obstacles” to the repatriation of Bülent Kenesh, the former editor-in-chief of Today’s Zaman newspaper, whom he accused of participating in “Turkey’s attempt to overthrow the AKP administration and Recep Tayyip Erdogan announced this” in 2016.

Referring to Kenesh’s refugee status in Sweden and the political nature of the charges, the court ruled that “these reasons make it impossible to request extradition.”

“There is also a risk that this person will be prosecuted on the basis of his political opinions. Therefore, extradition cannot be carried out. As a result, we cannot accept the government’s extradition request,” said Chief Justice Petter Asp.

The ruling on Kenesh, who has been accused by Ankara of being a member of FETÖ, could set a precedent for other names in a similar situation seeking extradition.

Kenesh continues to work at the Stockholm Freedom Centre, an association founded by other dissidents in exile in Sweden.

Swedish Foreign Minister Tobias Bilström and Defense Minister Antti Kaikkonen are returning to Ankara this week following the decision, which is expected to further complicate negotiations between Turkey and Sweden.

Swedish Foreign Minister Tobias Bilström said last week that “they are taking the terms of the tripartite memorandum seriously and are continuing negotiations seriously.” Bilstrom and Kaikkonen will meet Foreign Minister Mevlut Cavusoglu and Defense Minister Hulusi Akar in Ankara.

On the other hand, the Finnish government, which has signed a tripartite agreement with Sweden, will follow the negotiations from afar.

Finnish Foreign Minister Pekka Haavisto, who met with Cavusoglu in Romania, does not plan to visit Ankara until the New Year, Turkish Voice of America reports. Haavisto and his team decided to call Cavusoglu and his team “if needed”.

Foreign Minister Cavusoglu said earlier: “The problems with Finland are not that big. We have problems mainly in Sweden. However, both countries and NATO say that we should be treated equally. In fact, Sweden is a country that needs to take additional steps. “

The foreign ministers of Finland and Sweden traveled to Budapest, another capital that has vetoed in recent weeks, and then to Washington.

During the two ministers’ visit to Budapest, Prime Minister Viktor Orban said that “the problem is solved for them and they are ready to solve it by bringing the issue to parliament in early February.”