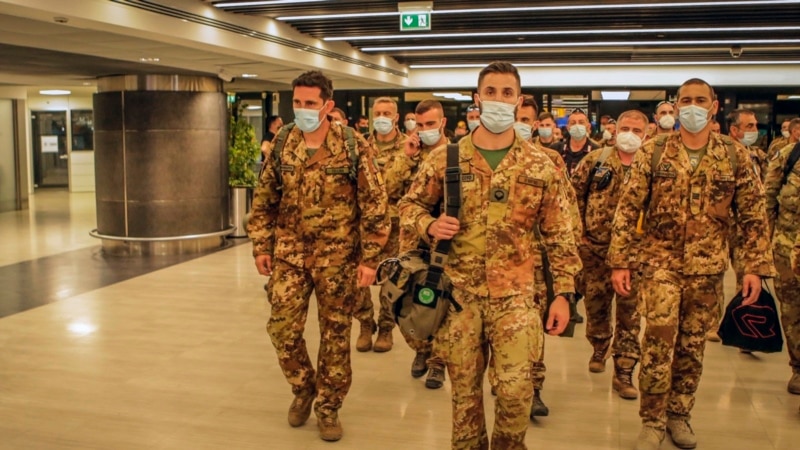 The European Defense Agency (EDA) has published its annual Defense Data Report 2020-2021 detailing the defense spending of 26 EDA member states. Europe’s total defense spending in 2021 reached a new peak of 214 billion euros and increased by another 6 percent in 2020. European defense grew 7 times in a row, with an increase in 2021.

The EDA report shows that Member States are investing more than ever in defense procurement and research and development, up 16 percent from 2020, with a record total of 52 billion euros in 2021 year.

Europe’s total defense spending of €214 billion corresponds to 1.5 per cent of the gross domestic product (GDP) of the Agency’s 26 member countries. Europe has been steadily increasing its defense investment since 2015 after a historic low hit in 2014 due to the financial crisis. While spending is up 6 percent from 2020, it is also the strongest annual increase. Recovery began in 2015 after the financial crisis. Since then, defense spending has increased by 52 billion euros, or 32 percent in real terms.

The EDA Defense Data report shows that the continued rise in overall spending is reflected in national numbers. Six of the 18 Member States that increased spending in 2021 increased their spending by 10 percent or more. The highest growth was over 4 billion euros in Italy, with relative growth of 42%, 33% and 27% in Finland, Greece and Slovenia respectively. Eight Member States, however, have reduced spending, with the largest reduction in the country being a relative 15%.

The EDA Defense Data report concludes that defense spending around the world is resisting the economic impact caused by the COVID-19 pandemic. Statements by Member States following Russia’s aggressive war against Ukraine indicate that spending will continue to rise in the coming years.

High Representative/Vice President and Head of the European Defense Agency Josep Borrell said: “European defense cooperation has come a long way. However, little is spent on cooperation. As Member States increase their defense spending in the defense sector, cooperation should become the norm. To this end, we have created a cooperation framework. Spending alone is not enough, we must work better, which means doing it together. This is the only way to effectively arm the European military for the challenges ahead.”

European Union High Commissioner for Foreign Affairs and Defense Josep Borrell said the war in Ukraine showed that the European Union had depleted its stockpiles of weapons and did not have the “necessary capacity” to defend itself in the event of conflict. Speaking at a meeting on the report of the European Defense Agency (EDA), Borrell said that insufficient investment in the armament of Europe, which has lived in peace for many years, is not enough for years. “We lack the capabilities needed to defend against a more serious threat. We face real threats. We’d rather not run into them, but they’re there, they’re around, and they’re likely to get worse.” “I don’t want to be Cassandra delivering bad news, but it’s true,” he said. Russia’s war against Ukraine “was a harsh awakening for many of us,” he said.

Emphasizing that everyone agrees that their own armies’ stockpiles are rapidly depleted and depleted due to the military support that the EU provides to Ukraine, Borrell announced that they have provided Ukraine with 9 billion euros in arms aid. He said EU member states must work together to continue to support Ukraine and plan for their own future.

The Europeans have embarked on a major rearmament with commitments of around 200 billion euros. Therefore, Germany decided to create an exceptional fund of 100 billion euros and increase its spending to 2% of its GDP.

Three emergencies were identified: replenishment of stockpiles of ammunition and weapons depleted by supplies to Ukraine, air defense capabilities, and replacement of obsolete Soviet-era equipment.

The United States stood in line to equip its European allies that are members of NATO. In a report released in May, the Commission noted that since 2006, Europeans have purchased 60% of their weapons from the US and non-European countries. EU defense spending increased by 20% between 1999 and 2021, while it increased by 60% in the US, 292% in Russia and 592% in China.