“Puppet” statement of the Minister of Foreign Affairs of Sweden. Top news and events in EUROPE 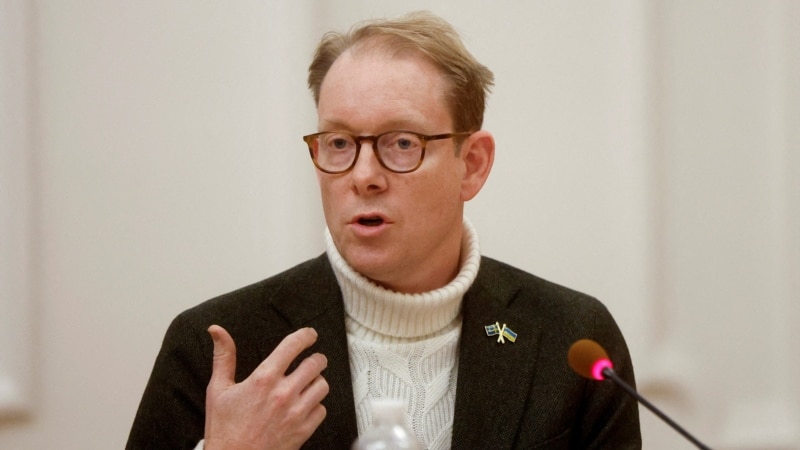 In anticipation of Turkey’s approval to join NATO, the Swedish foreign minister made a statement regarding the puppet act that has caused tensions between the two countries.

“The image of the president-elect being executed outside the city hall is regrettable,” Billström said. Notably, the Swedish minister did not use the words Turkey or Erdogan on his social media.

During a rally on January 11 in front of the City Hall of Stockholm, Sweden’s capital, President Recep Tayyip Erdogan’s puppet was seen hanging from a bridge by its feet.

Ankara reacted harshly to the incident. While the Swedish ambassador in Ankara was summoned to the Foreign Ministry yesterday, Speaker of the Turkish Grand National Assembly Mustafa Sentop announced that the official visit of the Speaker of the Swedish Parliament Andreas Norlen to Turkey scheduled for January 17 has been cancelled.

Speaking to TRT Haber, Foreign Minister Mevlut Cavusoglu said: “The PKK/YPG is laying mines in Sweden’s path to NATO membership. Sweden’s choice is to defuse these mines and deliberately step on them.”

Recalling that Sweden promised them in the fight against terrorist organizations, Cavusoglu said: “We see positive steps from the new government, they are positive in their statements, they are a little more decisive than the old government on this issue, but they cannot be defined in words, we need to see them in action. They must fulfill their obligations.”

Sweden has a rotating EU presidency since January 1st. Swedish Prime Minister Ulf Kristersson said over the weekend that he was confident Turkey would approve his country’s bid for NATO membership, but signaled that not all conditions for Ankara’s support would be met.

While Turkey requested the extradition of some people in order to approve Sweden’s membership in NATO, the Swedish Supreme Court denied a request by former journalist Bulent Kenesh, editor-in-chief of Today’s Zaman, to extradite Turkey last month because of his links to FETÖ.

The International Monetary Fund does not change its global growth forecast for ...