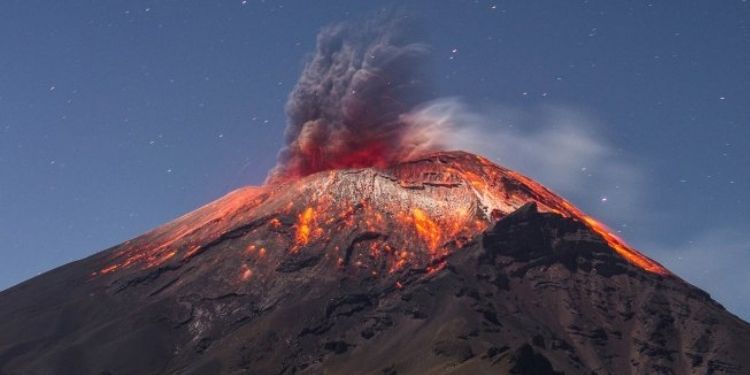 Yesterday, 4 eruptions of the Popocatepetl volcano in Mexico were recorded, and the number of eruptions in the last 10 days has increased to 25.

According to a report by Mexico’s National Center for Disaster Prevention (CENAPRED), in addition to 4 eruptions in the last 24 hours, gas and smoke were emitted from the Popocatepetl volcano 69 times.

In addition, a statement issued by the Mexican National Civil Protection Coordinator said that the plume of smoke from the volcano reached a height of 1.5 kilometers after the volcanic eruption at 01.16 am.

On the other hand, citizens have been warned to stay away from rocks and pebbles that could be released into the environment from a volcano that could explode.