Patriotic promise to Ukraine from the Prime Minister of the Netherlands. Last Minute EUROPE, CURRENT, Netherlands headlines and events 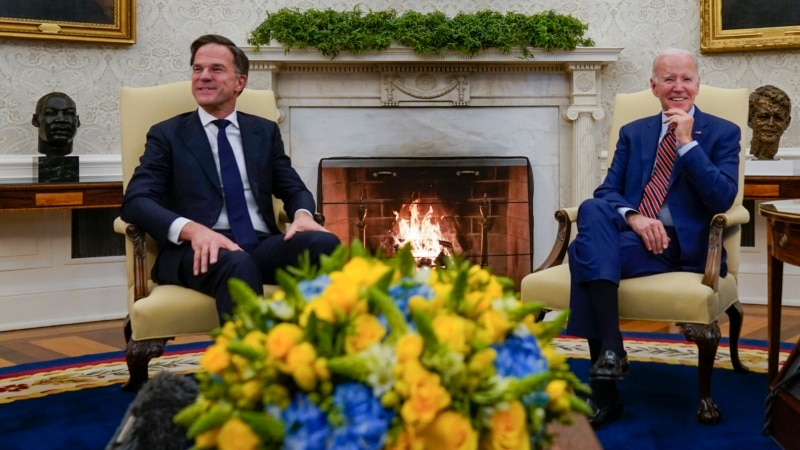 President Joe Biden met with Dutch Prime Minister Mark Rutte at the White House today. Biden praised the Netherlands for increasing aid to Ukraine and discussed a wide range of issues with Rutte, including restricting China’s access to advanced semiconductors through export restrictions.

During a meeting with Biden, Rutte said that the Netherlands would supply Patriot missiles to Ukraine.

The Prime Minister of the Netherlands said that in this way his country will join the countries that, following the United States and Germany, will send Patriot missile defense systems to Ukraine.

“I think it’s important that we join this group, I also spoke about this this morning with[премьер-министром Германии]Olaf Scholz,” Rutte said.

The Netherlands has pledged to provide Ukraine with 2.5 billion euros in aid this year. This money is supposed to be spent on military equipment, humanitarian and diplomatic activities. President Biden noted that the Netherlands is one of America’s “strongest” allies and that its support for Ukraine has been “unwavering.”

“History will judge 2022,” Rutte said. “Things would have been very different if America had not taken the lead, like you,” he said.

The issue of China’s access to semiconductors was also discussed.

Last October, the US Department of Commerce announced new export restrictions to China. The restrictions aim to limit China’s access to advanced computer chips, supercomputer development and high-tech semiconductor manufacturing. The Biden administration has been trying to persuade the Netherlands to comply with these restrictions for some time now.

“Together we are working to create a free and open Indo-Pacific region and, frankly, we are solving the problems that China poses,” Biden said at the beginning of the meeting with Rutte.

Biden administration officials argue that China can use semiconductors to build advanced military systems, including weapons of mass destruction, to commit human rights abuses, and to improve the speed and accuracy of military decision-making, planning, and logistics systems, so exports of these products should be restricted. .

But slowing down Beijing’s access to advanced semiconductors will take time. America needs the support of its allies if export restrictions are to have the maximum effect. Tech giant ASML, headquartered in the Netherlands, is one of the leading manufacturers of lithographic machines for the design and manufacture of semiconductors. China is also one of the biggest customers of ASML.

ASML CEO Peter Wenning commented that the restrictions on semiconductor exports announced by the US last fall will not have much effect.

“Based on our initial assessment, the new restrictions will not change the export rules for ASML lithography equipment from the Netherlands. We expect the direct impact of restrictions on ASML exports in 2023 to be limited,” Wenning said.

ASLM estimates that sales in 2022 will be around 21 billion euros.

Plans for a Democracy Summit were also discussed.

The two leaders also discussed plans for a democracy summit they will host together with Costa Rica, South Korea and Zambia at the end of March.

President Biden hosted the Democracy Summit, the first of which was held in December 2021. The Biden administration noted that the summit was aimed at establishing a global dialogue to find the best ways to stop the decline of democracy.

Biden became the second U.S. president to be visited by Mark Rutte, the longest-serving prime minister of the Netherlands. Rutte has previously met with Barack Obama and Donald Trump.

The first meeting of the chiefs of staff of the United States ...