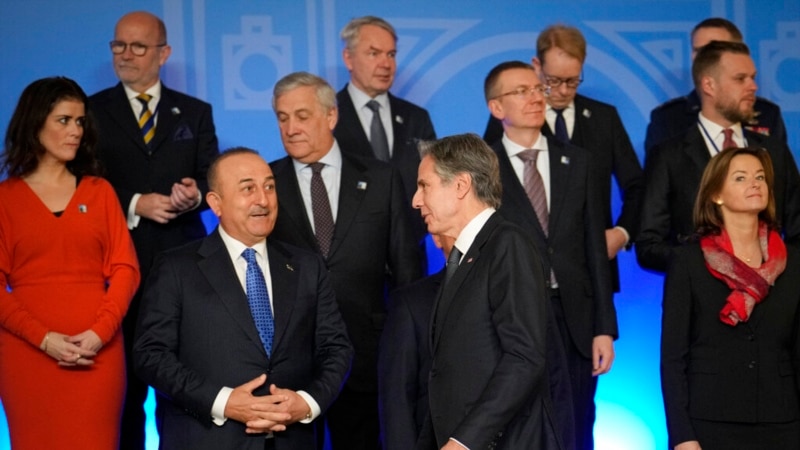 Foreign Minister Mevlut Cavusoglu told a press conference following a meeting of NATO foreign ministers in Bucharest, the capital of Romania: “The support of some allies, especially the United States, for terrorist organizations in Syria is clear. We say that they should stop such support.”

Cavusoglu said: “If you pay attention to our fight against terrorism, saying, ‘Yes, Turkey has the right to ensure its security and fight terrorism,’ but international law, there are no civilians, there are no other things, there is no such thing as” shoot from the air, but do not enter by land.” “We see initiatives to prevent this. Again, when some of my interlocutors expressed this in bilateral meetings, we, of course, gave the necessary answers,” he said. .

Saying that Turkey expects support from its allies, Cavusoglu said: “We said we don’t want to hear statements that defend terrorists or try to portray terrorists as victims.”

Minister Cavusoglu said: “We will say: ‘Let them not pursue him’ and said: ‘During our meeting with Ayakustu Blinken, the terrorist responsible for the latest terrorist attack in Istanbul, captured by the terrorist and the so-called SDF, they tried to make him look completely -other. After statements of revenge, attacks against schools and civilians, we said: “Unfortunately, they are doing this with the support that you provide.” This support must stop sometime,” he said. .

Speaking also about France, Foreign Minister Cavusoglu said: “On the one hand, they make statements of solidarity, stand on his side,” he said.

“We said we don’t see any concrete steps”

Cavusoglu said that the tripartite meeting held yesterday in Bucharest with the foreign ministers of Finland and Sweden, who have applied for membership in NATO, was held as a follow-up to the meeting of the Trilateral Standing Committee held in Stockholm.

Declaring that the new Swedish government is more determined to fight terrorism than the previous one, Cavusoglu continued:

“We said that we do not see any concrete steps on issues such as extradition, freezing of terrorist assets and the continuation of terrorist activities in the country, its termination. positive steps, but we need to see the implementation of some happy new year laws. Implementing them in this way… But we see that the new government is more sincere in the fight against terrorism, regardless of NATO membership. made stronger statements than some allies after the attacks in Turkey. The statements are good, the determination is good, but concrete steps are being taken. We talked about this openly and agreed to continue working together in this direction from now on.”