News “We do not rule out the possibility.” Last Minute GERMANY, France, Spain, Russia headlines and events 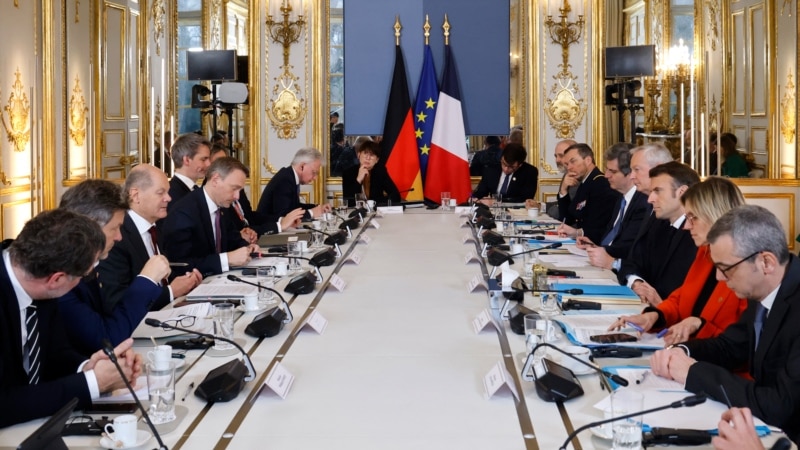 Although French President Emmanuel Macron and German Chancellor Olaf Scholz reaffirmed their support for Ukraine in Paris, they did not send a clear message about the tank support that the Kyiv administration had insisted on. Scholz said of German tank assistance to Ukraine: “Consultations are ongoing, we prefer a joint solution”, while Macron said: “We do not rule out any possibility.” The governments of Paris and Berlin made a joint pledge that “we will continue to provide Ukraine with all the necessary support for as long as it is needed.”

Macron and Scholz met in Paris exactly 60 years after Charles de Gaulle and Konrad Adenauer signed the Élysée Treaty, which “makes the most irreconcilable enemies the closest friends.” At the meeting, which also hosted a French-German joint ministerial meeting, French President Macron received guests in a ceremony held at the Sorbonne University.

Paris and Berlin, long at odds on many international and economic issues, have postponed a joint ministerial meeting scheduled to take place before the New Year until January, the 60th anniversary.

Speaking at the Sorbonne, French President Macron assured that cooperation between France and Germany, weakened by the war in Ukraine, will continue in all areas. Pointing out that the European Union is not “hidden and divided” over the invasion of Russia, Macron said both countries “will continue to support Ukraine fully in all areas”; He stated that the two countries would become “pioneers in the reconstruction of Europe.”

Claiming that the “French-German powerhouse” of the two largest EU countries reached an agreement that transformed Europe 60 years ago, Scholz said: “As in the past, the future of a united Europe depends on the cooperation of the two countries that are the powerhouse of the EU,” he said.

Scholz and Macron announced that they share the goal of a more “sovereign” Europe that will invest more in defense and industry.

German Chancellor Scholz, under pressure from Kyiv and some European capitals, refrained from making a clear statement on this matter, despite Ukraine’s insistent demands. Scholz said that Germany and France have always provided Ukraine with all kinds of assistance, including military, and will continue to do so in the future. Scholz said: “In the past and today, we have always acted in close cooperation with our friends and allies. We will continue to act according to the specific situation. We are in favor of a common solution on this issue.”

Macron: “We are discussing sending a Leclerc tank”

Emmanuel Macron also said that France does not reject the possibility of sending Leclerc heavy battle tanks to Ukraine to support Ukraine in its war against Russia: “We do not rule out any possibility. I asked our Minister of Defense to study the issue of Leclerc tanks. Let’s discuss this issue,” he said.

A joint press release issued after the Franco-German Council of Ministers stated that both Paris and Berlin would continue to support Ukraine “for as long as necessary”.

Several European countries keep tanks, such as Kyiv and especially Poland; Pressure to get approval from Germany, which is the key to supplying Leopard 2 tanks.

French President Macron also announced at a press conference that the H2Med European hydrogen pipeline project, which aims to improve the use of hydrogen in Europe, will be extended from southwestern Europe to Germany. “We have decided to expand the H2Med project, an infrastructure strategy that connects Portugal, Spain and France, thanks to European funding, to include Germany,” Macron said.

Macron also announced that the French and German Washington administrations had reached a general consensus that Europe should “provide an ambitious and rapid European response” to the initiative, in defiance of the Inflation Reduction Act (IRA), which introduced massive subsidies to American industry for the energy transition.

Chinese around the world enthusiastically celebrate the New Year – WORLD

Winter will not come to Turkey! Why is drought dangerous?