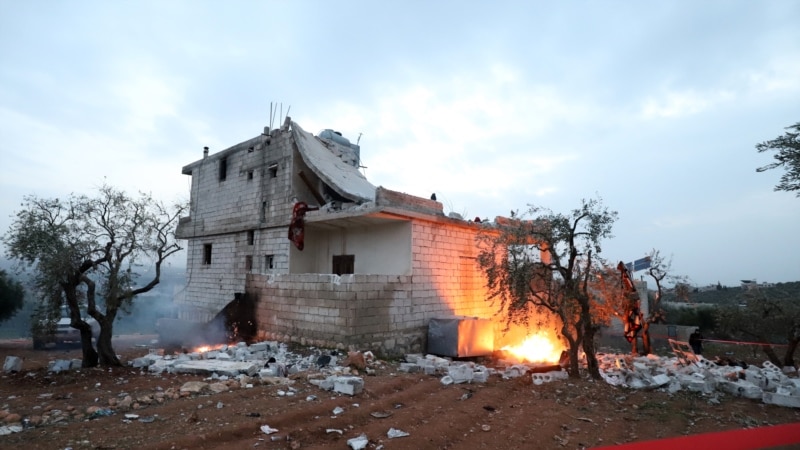 The announcement that ISIS had lost its second leader in less than a year did not surprise the US. This happened because more than a month ago, the United States became aware of the death of ISIS leader Abu al-Hasan al-Hashimi al-Quraishi.

US Central Command later confirmed that Abu al-Hassan was killed in mid-October in the southern Syrian province of Dara by a non-US-cooperative Free Syrian Army rebel group.

American officials reported that although the United States did not participate in the operation, they were soon included in the event to study the results.

A spokesman for the US Department of Defense, speaking on condition of anonymity, said the United States, based on evidence from the scene and subsequent DNA analysis, concluded that the Free Syrian Army killed Abu al-Hassan.

The US official did not say why the US still refuses to confirm the killing of ISIS leader Abu al-Hassan. US military intelligence officials also did not disclose how they identified Abu al-Hassan using DNA. It is known that the name of Abu al-Hasan is not real, but a pseudonym of the leader of ISIS.

Intelligence gathered from United Nations member states and released in July indicates that Abu al-Hasan is most likely either Jumaa Awad Ibrahim al-Badri, brother of former ISIS leader Abu Bakr al-Baghdadi, or General Directorate ISIS in charge of the provinces. He points out that Abd el-Rauf el-Mujahir has done his duty.

Earlier reports indicated that Abu al-Hasan may have been the Iraqi Bashar Khattab Ghazal al-Sumeida. However, Turkish authorities have confirmed that al-Sumeyde has been in Turkish custody since May following a raid in Istanbul.

The London-based Syrian organization Human Rights Watch announced yesterday that Abu al-Hassan’s real name is Abd al-Rahman al-Iraqi. The group was one of the first to report on the Free Syrian Army raids that killed an ISIS leader.

US officials have welcomed the announcement of the death of the IS leader.

Recalling that the former ISIS leader was assassinated in February, White House Press Secretary Karine Jean-Pierre said: “We are delighted to see the highest levels of ISIS leaders have been incapacitated in such a short time.”

Karine Jean-Pierre said: “We will add to these successes in the fight against terrorism, we will definitely continue the pressure.”

The death of Abu al-Hassan is the latest in a series of blows to the leadership of ISIS, albeit without American involvement.

In addition to the assassination of predecessor Abu al-Hassan in February and the arrest of al-Sumaida in May, ISIS has lost at least five of its top leaders in the past eight months.

Hani Ahmed al-Kurdi, one of the key leaders of ISIS activities in Syria, was captured in June in a US raid using helicopters.

Mahir al-Aghal, the top leader of ISIS in Syria, was killed in a US drone attack in July.

In October, a US raid on the town of Qamishli in northeastern Syria killed ISIS operative and Raqqan smuggler Waleed al-Shamri.

America killed two more senior ISIS leaders in an airstrike it launched less than 24 hours later. The men were Abu Ala, who is among the “top five” leaders of ISIS, and Abu Muad al-Qahtani, the ISIS official in charge of the detainees.

Prior to recent operations against ISIS, US officials said the organization had fallen into a fight for survival due to “enormous losses in senior leadership.”

Christine Abizaid, head of the National Counterterrorism Center, stated at a conference she attended in September regarding ISIS’s struggle to stay afloat, saying, “This has resulted in the disappearance of the threat posed by the organization and less focus on America compared to what we have seen in previous years.”

It is noted that the number of ISIS fighters has also decreased. According to intelligence estimates provided by the United States and its United Nations member states, ISIL had 20,000 fighters within months of losing its last stronghold in Syria, while the number is believed to have dropped to 6,000 in Syria and Iraq.

Now the leadership of ISIS has passed to Abu al-Hussein al-Hussein al-Qurayshi. In a statement regarding the death of Abu al-Hassan, the name of the new leader of the terrorist organization was also announced.

ISIS spokesman al-Muhajir said of Abu al-Hussein al-Husseini al-Qurayshi: “He is one of the experienced fighters and loyal sons of ISIS.”

Some ISIS supporters have already sworn allegiance to the group’s new leader, according to JihadoScope, a company that monitors jihadist activities online.

In the past, ISIS supporters around the world have expressed their support for the new leader in these social media campaigns.

News about the suspension of support for the Hungarian Foundation. Last ...