News “Turkey is pushing Afghans away from the border with Iran.” Latest WORLD news headlines and events 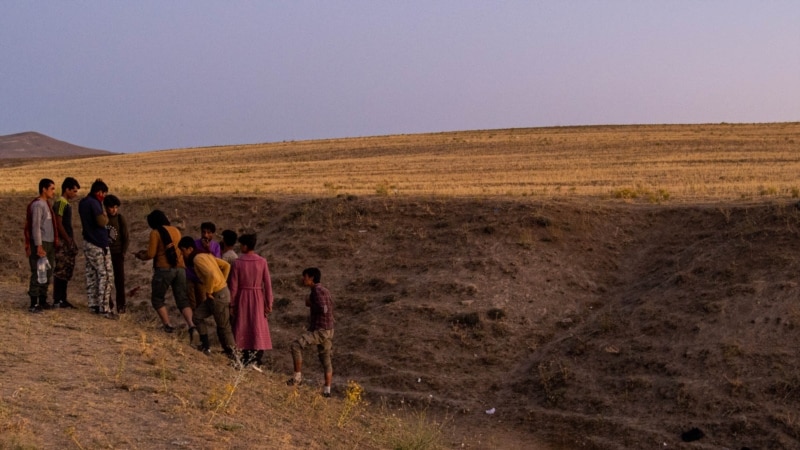 Human Rights Watch (HRW) reported that “Turkey routinely pushes tens of thousands of Afghans back across the Iranian border.”

The report notes that Turkey directly deported Afghans, in part or without consideration of their claims for international protection.

HRW’s 79-page report titled “Nobody Asked Me Why I Left Afghanistan” discussed the plight of Afghan immigrants who fled to Turkey after the Taliban took over Afghanistan.

Human Rights Watch included interviews with 68 Afghans pushed back from the border in their report.

“We were beaten with clubs and iron bars”

The report claimed that violence was used against those pushed back from the Iranian border and included the following viewpoints:

“All of the men interviewed by Human Rights Watch who were traveling without a female family member either experienced or witnessed beatings or other ill-treatment by Turkish authorities against them or them. Many of them are in Turkey. They reported that in they were shot by Turkish border guards when they approached or tried to cross the Iranian border of Turkey.”

The report, which also includes a story by a 25-year-old journalist from Paktia province who traveled from Iran to Turkey, expresses the journalist’s experience as follows:

“I told them that I am a journalist, that my life is in danger and that I will not stay in Turkey, that I want to go to Europe, but they did not listen to me. They beat us with clubs and construction rods. .”

HRW stressed that since taking power, the Taliban have imposed severe restrictions throughout Afghanistan, committing abuses such as revenge killings, enforced disappearances of former government and security officials, detentions and beatings of journalists, and extrajudicial executions of suspected ISIS fighters. .

The report also notes that the Taliban have failed to protect ethnic groups such as the Hazaras, who have been targeted by ISIS.

Claiming that none of the Afghan men who came to Turkey were able to apply for international protection at the Provincial Migration Management Boards (İGİB), HRW explains the reason as follows:

“Men who did not identify themselves as members of a family group of women or children were regularly told that the IGIB office they wanted to enter was closed, that the office was not receiving applications from Afghan men, or they were scheduled to meet in a few months. ; When they returned, they did not have the opportunity to apply again.”

The report also claimed that security forces in Turkey had captured large numbers of undocumented Afghans, placed them in administrative detention and deported them, often forcing or tricking them into signing voluntary return forms. The report made the comment that “the Turkish government continues to spin hoaxes that these are voluntary returns.”

“Signatures and fingerprints on documents are fake”

The HRW report alleges that the signatures and fingerprints on the deportation documents were forged, stating that “many Afghans who are about to be deported are not given the opportunity to seek asylum or appeal deportation, and that signatures or fingerprints on voluntary return forms are often removed compulsorily.” Return practices include the prohibition of mass deportation under the European Convention on Human Rights, the right to a fair trial under the International Covenant on Civil and Political Rights, and the return of refugees under the 1951 Refugee Convention to places where their life or freedom “It also violates many mandatory human rights laws, including the prohibitive principle of non-refoulement. Refoulement is also prohibited by Turkish domestic law.”

According to Human Rights Watch, Turkey is a safe third country as defined in Article 38 of the EU Asylum Procedures Directive because it denies access to the right to seek asylum, deports people deemed to be seeking asylum, and violates other rights. migrants and persons seeking international protection are not eligible.

“A call to Turkey and the EU”

Bill Frelik, director of refugee and immigrant rights at Human Rights Watch, urged Turkey to put an end to the return of Afghans.

Frelik, who wanted Afghans to be able to apply for asylum, said: “While Turkey deserves well-deserved international recognition and support as the world’s largest refugee host country, it is also pushing a large number of Afghans back. from its borders, either partially considers their applications for international protection, or not. “Turkey should immediately stop the regular return of Afghans across its borders and allow all Afghans who are at risk of deportation the opportunity to apply for asylum,” he said.

Noting that the EU should not hide behind the pretext that Turkey is a safe third country, Frelik said: “No EU member state should deny asylum to Afghans or citizens of other countries on the pretext that Turkey will be a safe third country for them. . . “EU support for Turkey in managing migration should be conditional on the provision of explicit and factual guarantees that this support will not lead to the deprivation of people of the right to asylum or their deportation to places where their life or freedom would be threatened,” he said. he. .

Meanwhile, HRW has written to Interior Ministry officials about the allegations. The allegations made by the Migration Board on 17 November were dismissed. The letter indicated that the report was not accepted, arguing that HRW’s claims were biased and sloppy.

No to new constitution in Chile referendum – WORLD