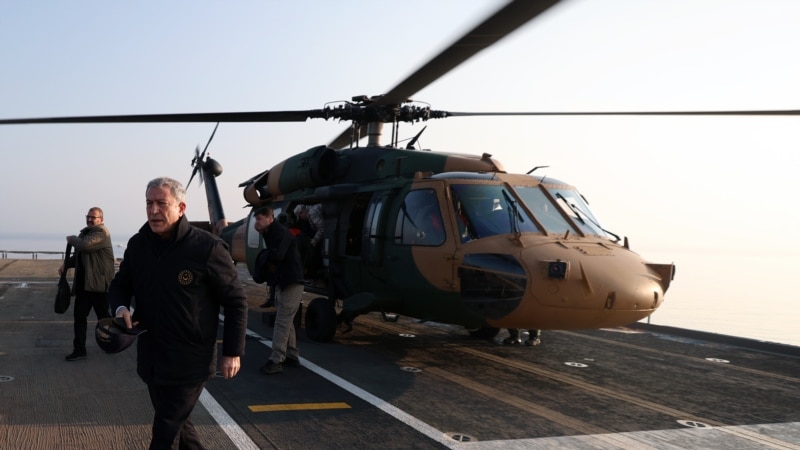 Tensions between Turkey and Greece have been lingering for some time, with officials from the two countries making mutual statements.

The latest announcement was made today by Hulusi Akar, Minister of National Defence. Akar said that “Greece is trying to present its problems with Turkey as a Turkey-NATO, US and EU problem.”

Akar, together with the TAF command echelon, inspected the Anatolian ship, which has the status of “Turkey’s largest warship.” Akar and his entourage boarded the vessel by helicopter while conducting sea trials off the Sea of ​​Marmara.

Speaking after the exams, Minister Akar spoke about recent developments in the Aegean and the Eastern Mediterranean.

Stating that Turkey stands for dialogue and peace and wants to solve problems through good neighborly relations and negotiations within the framework of international law, Akar noted that consultations, confidence-building measures and separation procedures are taking place between Turkey and Greece in NATO. . Akar said:

“Greece does not conduct these negotiations, but seeks to prevent them by sabotaging them. Some politicians and some military men are constantly and purposefully trying to escalate tensions in order to cover up their own internal troubles. possibly on this issue,” he said.

Stating that Greece is continuing their provocative actions and rhetoric, Akar said: “They do their best to create tension by getting up every morning and throwing something away.”

‘They hope to help escalate tensions with Turkey’

Noting that Greece is trying to present its problems with Turkey as Turkey-NATO, US and EU problems, Akar continued his words as follows:

“Now there are a lot of scandals in Greece. There are bugging scandals, immigration scandals, corruption. However, Greece has setbacks in the Eastern Mediterranean that it has failed to achieve and the Greek public has noticed. hide all this, but we want them to see that it is impossible to survive by creating tension, and sabotage is not profitable.

“Turkey is not a threat to anyone”

Responding to statements by some Greek politicians describing Turkey as a threat, Akar said: “Turkey is not a threat to anyone, it is a reliable, strong and effective ally. It must be known in this way. Turkey does not threaten anyone. “They have to remember this again and again and understand.”

Emphasizing that Turkey’s calls for dialogue should not be taken as weakness, Hulusi Akar said: “We are talking about a fair distribution of the wealth of the Aegean within the framework of good neighborly relations. We will not accept any fait accompli.” said.

Foreign Minister Mevlut Cavusoglu also said last week regarding news in the Greek press that territorial waters would be extended to 12 miles, especially around Crete: “Not 12, we do not allow the extension of territorial waters even by 1 mile into the Aegean Sea. The decision taken by our Parliament in 1995 on this matter is clear and still stands. We warn Greece once again: do not engage in false heroism, relying on what they are trying to return to you. adventure. It won’t end well for you!” he said.

News “Greece is trying to present its problems with Turkey as Turkey-NATO, ...