News “The world should not be silent while people are burning.” Last Minute WORLD headlines and events 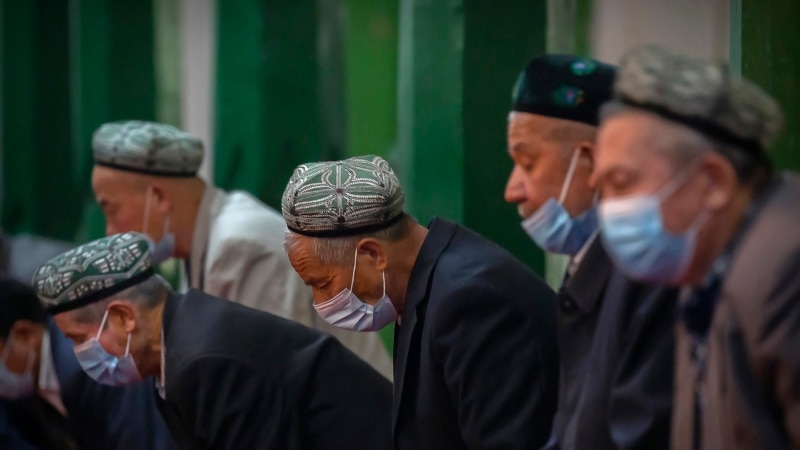 East Turkestan residents in Turkey held a protest in front of the Chinese Consulate General in Istanbul to commemorate those killed in a fire that broke out in a high-rise building declared under quarantine on November 24 in Urumqi. capital of the Xinjiang Uygur Autonomous Region.

Hundreds of East Turkestans gathered in front of the consulate claimed that China had stepped up violence against the Uyghurs using COVID-19 as a pretext.

Finally, the protesters, who believed that isolation methods against the pandemic caused the deaths of people in a fire in Urumqi, said that in this way China continues the genocide.

“I lost my mother and four siblings in a fire”

Muhammet Mehmet Ali, who said his mother and four siblings died in the fire, was among the activists in front of the Consulate General. Speaking to VOA in Turkish, Ali explained his experience in the following words:

“On Friday, November 24, photos appeared on social networks in which my mother, brothers and sisters died in a fire. At first I couldn’t believe it. Two days after the incident, I saw a photograph of the body of my mother and younger sister. Then I saw again on social media that our house was on fire. My mother, 2 sisters and 2 brothers passed away. Two other brothers lived in the same house. I don’t even know if they are alive or burned down. My father and older brother were already in the concentration camp. I don’t know if they are alive or dead. I don’t want the world to be silent when we are being persecuted like this, when people are on fire like this.”

Cevlan Shir Mehmet, who has been living in Turkey for 6 years, graduated from the Faculty of Law last year and started working as a trainee lawyer. According to Mehmet, in an interview with the Turkish Voice of America, the “zero COVID” policy pursued by China throughout the country is much stricter applied to the Uyghurs.

Mehmet said: “China is implementing Project Zero COVID to accelerate its genocidal policy against the Uyghurs. Because the application does not apply to Chinese and Uighurs in the same balance. It applies much more strictly to the Uyghurs. If the house is locked from the outside, the entrance to the building is locked by welding. How can these people be saved if even electricity and water are cut off? As soon as this happened, the Chinese who heard the screams took to the streets, but the Uyghurs were unable to take to the streets. Yes, because the houses of the Uyghurs are locked from the outside.”

Pointing out that the Chinese government has been carrying out genocide against the people of East Turkestan since 2017, Dr. Burhan Uluyol said that China was not satisfied with this and imprisoned the Uyghurs in their homes for 100 days, and that people died because they could not get enough food.

Emphasizing that people died due to self-isolation in their homes during a fire on November 24, Dr. Uluyol also claimed that the death toll was much higher than stated.

Dr. Uluyol said: “Because of the blockade of houses, people could not leave their houses during the fire. For this reason, 44 Uighurs, including an eight-month-old baby, died in the fire. That is why we have come today to ask the Chinese government to stop the Uyghur genocide, stop the hunger genocide, and stop this cruel persecution of the Uyghur people.”

According to authorities, 10 people died in a fire that broke out in an apartment in the quarantine zone of the city of Urumqi, the capital of the Xinjiang Uygur Autonomous Region.

It is alleged that people who were in the building could not get out as quickly as possible due to the closure, in connection with which there were victims. Authorities, on the other hand, denied allegations that the building was locked down due to the closure and that those inside could not escape, and announced that they would launch an investigation into the incident.

“The US is deeply concerned about Whelan’s situation.” Last Minute UK, ...