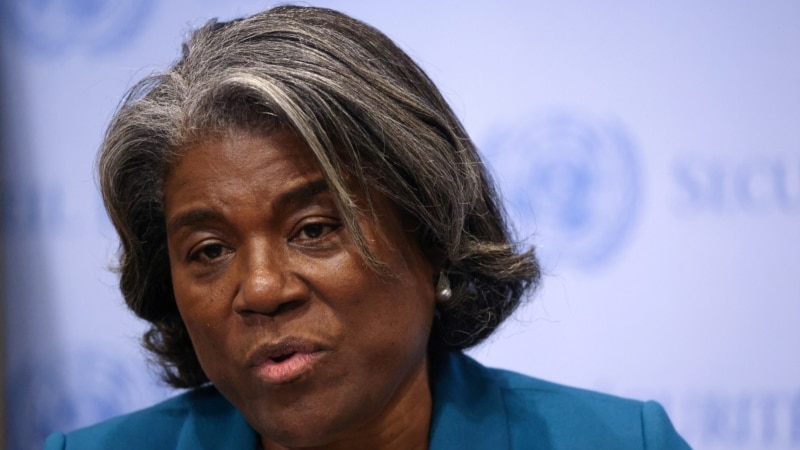 The Middle East peace process and the escalation of violence between Israelis and Palestinians have been discussed in the UN Security Council. US Permanent Representative to the UN Linda Thomas Greenfield, in her speech before the council, said that the escalation of tension in the region undermines the process of resolving the two-state problem.

Thomas Greenfield, stating that he condemned the terrorist attacks that took place last week in Jerusalem, said: “There can be no justification for violence against civilians.”

Expressing that the US is deeply concerned about the increase in violence and tension between Israelis and Palestinians, Thomas Greenfield said: “This year has been the bloodiest year in the West Bank since 2004. The attacks killed about 150 Palestinians and 28 Israelis. These acts of terrorism are taking us further and further away from the “two-state agreement” that is the best way to ensure Israel’s future security and prosperity and realize the Palestinian aspirations for a state of their own. “Israelis and Palestinians alike deserve to enjoy life, freedom, justice, dignity and well-being in safety,” he said.

Thomas Greenfield stated that the only way to achieve a two-state solution in the region was through direct negotiations between Palestinians and Israelis, and said, “Both sides must work in good faith to achieve this goal.”

UN Special Representative for the Middle East Thor Vennesland briefed the Council members on the latest situation in the region. Expressing that the region is seething, Vennesland said that the violence in the occupied West Bank and Israel in recent months has caused severe suffering, and that attacks on civilians from both sides are gradually intensifying.

Thor Vennesland urged council members to show stronger international commitment to a two-state solution, highlighting the need for urgent action in this regard.

Vennesland said: “The peace process has stalled due to the escalation of violence in the Occupied Palestinian Territory. In addition to housing problems and violence, the Palestinian Authority is also facing the growing economic and institutional challenges it faces. Global trends and dwindling donor support have placed these challenges before the Palestinian people. “However, the restrictions and delays that negatively impact humanitarian and development efforts continue. Changing dynamics in the region, changing international priorities, and the recent fallout from the war in Ukraine have significantly reduced interest in the conflicts between Palestine and Israel.”

More than 5,000 police officers are taking action in Brussels, the capital ...