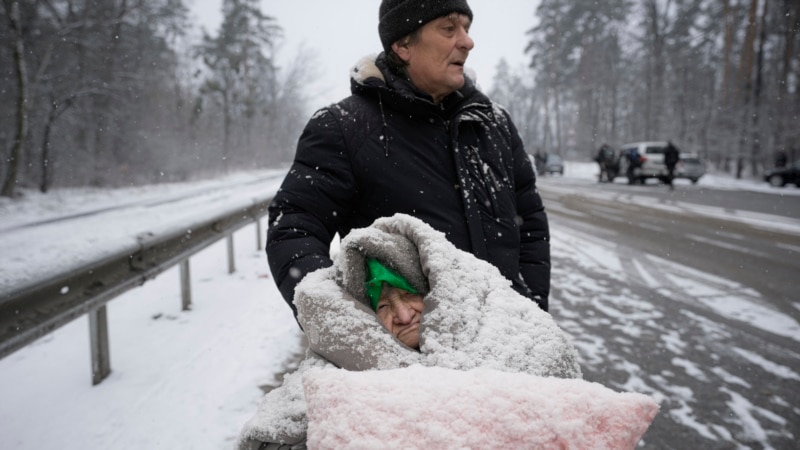 A senior Ukrainian official said that “Russia’s attacks on Ukraine’s energy infrastructure are tantamount to genocide.”

Ukraine’s Prosecutor General Andriy Kostin told the BBC that the attacks on key energy facilities were aimed at “the entire Ukrainian people” and were an attempt to force Kyiv to surrender.

Noting that in addition to attacks on the power grid, 11,000 Ukrainian children were forcibly deported to Russia, Kostin noted that more than 49,000 war crimes and crimes of aggression have been identified since Russia launched its invasion on February 24.

Attorney General Kostin called for the creation of an “international temporary court” supported by all countries opposed to the occupation to hold Russia accountable.

President of Ukraine Volodymyr Zelensky noted that in 14 regions of the country and in the capital Kyiv, restrictions on the population’s access to energy sources continue to apply.

“Attacks will continue this week”

Last night, in a video conference statement, Zelenskiy also said he was confident that Russia would launch more missile strikes on his country and said:

“We understand that the terrorists are planning new attacks. We know for sure. As long as they have rockets in their hands, unfortunately, they will not calm down.”

Zelensky said that this week, like last, will be difficult due to energy problems.

Russia claims it has not carried out strikes against civilians since the February 24 invasion of Ukraine. A Kremlin statement last week said that “Kyiv can end the suffering of its people by complying with Russia’s demands.”

News about the shortage of medicines in Germany. Last Minute GERMANY, ...

Iran: news “The West has a finger in the protests.” Last ...