News “Our partners have betrayed Russia in the past.” Last Minute EUROPE, CURRENT, POLITICS, Russian news, news headlines and events 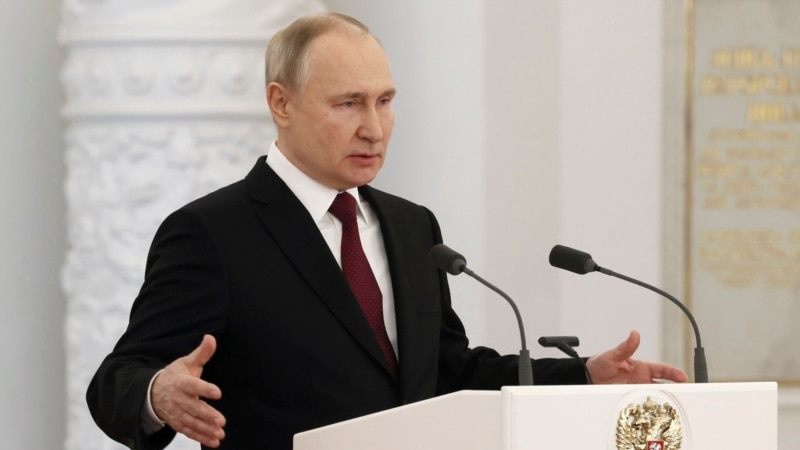 Speaking at a press conference today in Bishkek, the capital of Kyrgyzstan, Russian President Vladimir Putin said his country could reach agreements on Ukraine in the future, but the failure of the Minsk agreements left Russia feeling betrayed.

Putin said Germany and France, which brokered ceasefire agreements between Ukraine and Russian-backed separatists in eastern Ukraine in 2014 and 2015 in the Belarusian capital Minsk in 2014 and 2015, had betrayed Russia and were now supplying weapons to Ukraine.

Former German chancellor Angela Merkel said in an interview published on Wednesday in the German newspaper Zeit that the Minsk agreements were an attempt to “give the Ukrainians time to strengthen their defenses.”

Putin said he was “disappointed” by Merkel’s statements.

Russian President Putin said his country, the world’s largest energy exporter, could cut oil production because of a “stupid” Western cap on Russian oil prices. Putin also noted that they would refuse to sell oil to countries that have adopted this practice.

Last week, the G7 countries, the European Union and Australia agreed to set the maximum price for Russian oil at $60 per barrel.

“I have already said that we will not sell oil to countries that make such decisions. If necessary, maybe we will also consider cutting production,” Putin said.

“We are considering this issue, there is no solution yet. In the coming days, Russia will make a statement in which specific steps will be taken,” Putin said.

In the decades after World War II, energy exports to Europe became Russia’s main source of foreign exchange earnings as Soviet geologists found oil and gas in the swamps of Siberia.

Ignoring Western attempts to complicate Russia’s financial situation, Putin said the $60 a barrel price cap was the price at which Russia sells its oil.

According to Reuters, the price of Ural oil today was $53 per barrel.

Putin warned that the imposition of price ceilings by the West would lead to a global collapse of the oil industry and catastrophic price increases.

“This will lead to the collapse of the industry, because the consumer will always demand low prices. The industry lacks investment, funds in any case. If we just listen to consumers, investment will drop to zero. at some point, prices will rise to catastrophic levels, and the global energy sector will collapse: “This is a stupid, poorly planned proposal.”

Turning to other issues at a press conference in Bishkek, Putin said that any country that dares to launch a nuclear strike on Russia will be wiped off the face of the earth. Expressing that, unlike the United States, Russia does not intend to launch a preventive nuclear attack, Putin said their advanced hypersonic weapons would enable them to retaliate violently in the event of any attack.

The Russian leader acknowledged that there are problems supplying clothing and military equipment to the 300,000 soldiers Moscow has mobilized and recruited to fight in Ukraine in recent months, but said the situation is starting to improve. Putin also stressed that there is no need for a new mobilization to increase the number of Russian troops in Ukraine.

Noting that there are still problems before the export of Russian agricultural products, Putin said that Russian fertilizers continue to wait in European ports.

Who is Viktor Bout, the “merchant of death” traded by the US? ...