News of Turkey’s harsh reaction to the burning of the Holy Quran by right-wing extremist Paludan. Last Minute WORLD headlines and events 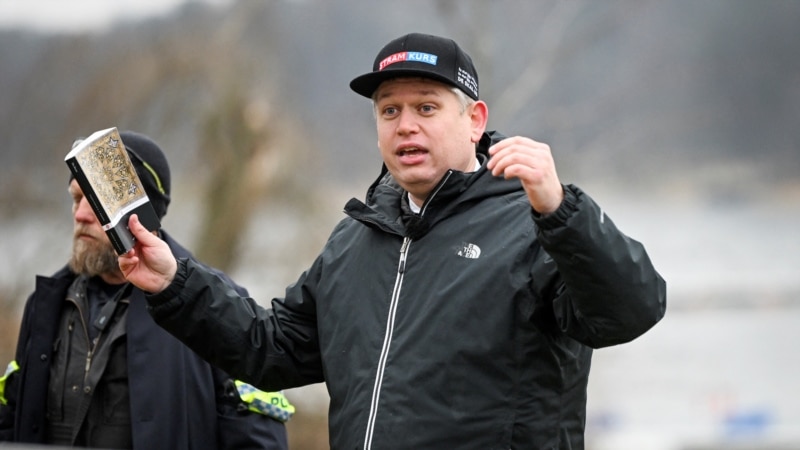 Danish far-right politician Rasmus Paludan burned a Koran in front of the Turkish embassy in Stockholm, the capital of Sweden. During Paludan’s protest in front of the embassy, ​​it was clear that the police took precautions but did not intervene.

Swedish far-right politician Rasmus Paludan carried out an action today, which Turkey had previously warned about. Paludan, who approached the embassy building at noon, burned the Koran he had brought with him.

The Turkish Foreign Ministry responded to Sweden with a message published immediately after the incident. In a ministry statement: “Despite all the warnings from our country, we condemn in the strongest terms the heinous attack on our holy book, the Holy Quran, in Sweden today (January 21). We in no way agree that this anti-Islamic provocative action against Muslims and insulting our sacred values ​​is allowed under the name of freedom of expression. Because it’s a hate crime.”

The ministry also said in a statement: “This dastardly act is also another indicator of the alarming level of Islamophobia, racist and discriminatory movements in Europe. We call on the Swedish authorities to take the necessary action against the perpetrators of this hate crime and to take concrete action in solidarity with all countries and international organizations against Islamophobia.

Foreign Minister Mevlut Cavusoglu also recalled that Turkey had summoned the Swedish Ambassador to the ministry and warned the relevant authorities before the action. Cavusoglu also said: “No one can call it freedom of thought. Today they don’t allow a book of another religion to be burned, but when it comes to the Koran, when it comes to hostility to Islam, they immediately call it freedom of speech, freedom of thought. Hate crime, racism is not freedom of thought. This is in line with neither Swedish law nor the decisions of the Council of Europe. According to the decisions of the ECtHR, racism is not a hate crime against freedom of expression. Such permission, unfortunately, was given to this person, despite all our warnings.”

MHP leader Devlet Bahceli also reacted to the event and shared a series of messages on his Twitter account. Bahceli said: “The Swedish administration’s permission for a degenerate Danish politician to burn the Koran in front of the Turkish embassy in Stockholm is not only a scandal, but also a clear demonstration and a concrete example of barbarism and vandalism. primitive how to burn it. Sweden should correct this mistake and apologize to the Turkish and Islamic societies. Not to mention establishing political and diplomatic relations with a country or countries that are hostile to our national and moral values, not to mention sharing the law about an alliance with NATO … this is absurd, this is undesirable.”

CHP leader Kemal Kılıçdaroğlu reacted to the burning of the Koran in front of the Turkish embassy with a post he posted on his Twitter account. In his message, Kılıçdaroğlu said: “The inhuman attack on the Koran in front of our embassy in Stockholm, the capital of Sweden, is unacceptable. We well understand the intent and purpose of this disrespect, which will harm billions of Muslims. “I condemn this fascism, which is the pinnacle of hate crimes,” he said.

Speaker of the Turkish Grand National Assembly Mustafa Şentop, presidential press secretary Ibrahim Kalın, President for Religious Affairs Ali Erbas and many other names condemned the burning of the Koran and the permission to do so in Sweden with their statements and actions.

Scandal in Sweden: to allow the “burning of the Koran”!