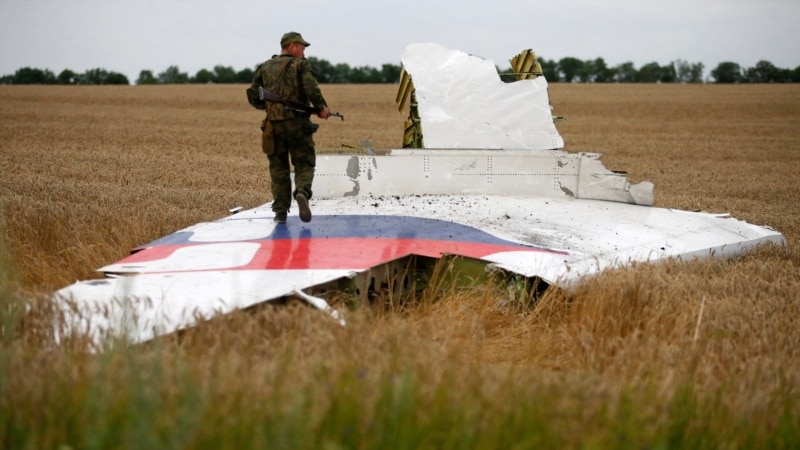 A Dutch court convicted the three men and sentenced them to life imprisonment for their role in the 2014 downing of Malaysia Airlines Flight MH17 over Ukraine. The fourth person was acquitted.

The passenger plane was shot down on 17 July 21014 in eastern Ukraine, killing all 298 passengers and crew on board.

“What the suspects have done deserves the most severe punishment that has brought great suffering to so many victims and so many relatives,” Judge Hendrik Stenhuis said after reading out a summary of the verdict.

The families of the victims burst into tears in the courtroom as Steenhuis read out the verdict.

At the time the plane was shot down, the area was the scene of frequent clashes between pro-Russian separatists and Ukrainian forces, leading up to the war that broke out this year.

Russia invaded Ukraine in February last year and claims to have annexed the Donetsk region, where plane wreckage and the remains of the dead were strewn across corn fields.

Steenhuis stated that those found guilty are not members of the Russian armed forces, therefore they do not have any immunity from the investigation.

Judge Steenhuis noted that “there is no reasonable doubt” that MH17 was shot down by the Russian Buk missile system.

Victim representatives said the court’s decision marked a major turning point, although the suspects are still on the run. It is assumed that all these people are in Russia, which will not extradite them.

In a Twitter statement, Ukrainian President Volodymyr Zelensky expressed his satisfaction with the decision, but said “those who ordered the attack” should also be held accountable.

“Punishment for all Russian atrocities, both current and past, will be inevitable,” Zelensky said.

Moscow claims that it was not involved in the downing of MH17 and did not bear any responsibility. Russia also denied its presence in Ukraine in 2014.

Ivan Nechayev, deputy spokesman for the Russian Foreign Ministry, told reporters that the government would carefully study the court’s findings.

The four individuals in question were charged with shooting down an aircraft and murder in a trial conducted under Dutch law.

Phone records showed that these men believed they were targeting a Ukrainian fighter jet.

Of the suspects, only Pulatov pleaded not guilty through his lawyers. Others were tried in absentia, and none of them attended the hearings.

The passenger plane from Amsterdam to Kuala Lumpur carried people from 10 different countries. More than half of the passengers were Dutch.

The incident was investigated by the Netherlands with the participation of Ukraine, Malaysia, Australia and Belgium.