News of the call for assistance from the Turkish border. News headlines and events Last Minute Russia 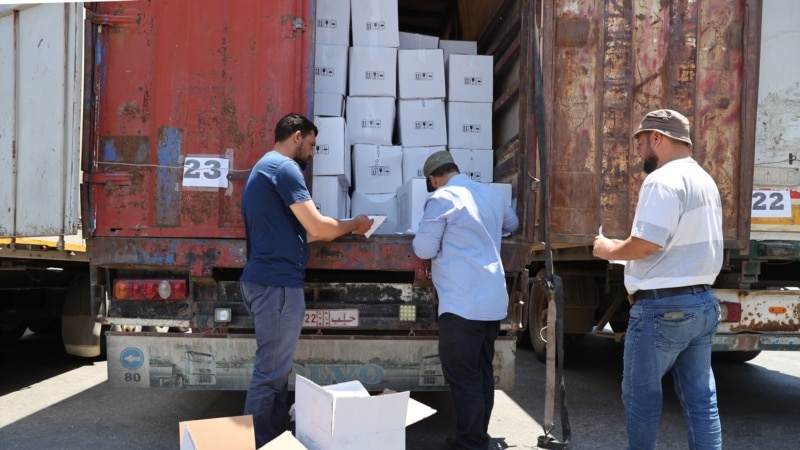 NEW YORK – Office of the United Nations High Commissioner for Refugees (UNHCR), Office of Humanitarian Affairs (OCHA), International Organization for Migration (IOM), United Nations Children’s Fund (UNICEF), World Food Program (WFP), World Health Organization ( WHO) and the Population In a joint statement by the heads of the Fund (UNFPA), the Turkish border checkpoint of Djilvegözü was proposed to extend the period for providing humanitarian assistance to Syria.

In their written address to the 15 members of the Security Council, the heads of UN affiliates said that Security Council Resolution 2642, which stipulates that the only open border crossing from Turkey to Syria, which expires in a week, remains open without delay, asked for an extension.

After the vote, Dmitry Polyansky, Deputy Permanent Representative of Russia to the UN, said: “We will observe, we will think it over well and make a decision within six months. These special reports of the Secretary-General, unfortunately, are not enough for this purpose, as practice shows. We expect the Secretary General to provide the Council with a comprehensive update on the work done by January 2023,” he said.

It is not clear how Russia will vote.

It is not known how Russia will vote for the bill that will come to the Security Council to extend it for another year.

UN Under-Secretary-General for Humanitarian Assistance Martin Griffiths shared on his social media account that humanitarian aid from Turkey to Syria is vital for millions of Syrians.

In their joint appeal, UN affiliates stressed that if the Security Council resolution 2642 is not renewed, its consequences could be catastrophic for the 4.1 million Syrians living in the region.

The joint appeal stated that the effects of the winter in the region would intensify, many adverse conditions such as the cholera epidemic had affected the Syrians living in the region, and that the majority of Syrians who needed humanitarian assistance just to survive were women. and children.

It was stated that in 2022, humanitarian aid delivered to Syria from the Turkish border crossing of Djilvegözü regularly reached 2.7 million people every month, and addressed to the member countries of the UN Security Council: “We are determined to continue humanitarian assistance. We invite members of the Council to take part in the continuation of humanitarian assistance, which is of critical importance for the Syrians living in the Northwest region. “Millions of people who depend on cross-border assistance for survival need to urgently update this solution.”